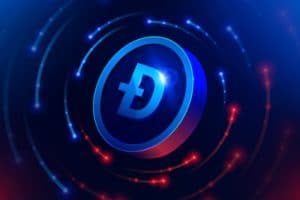 Dogecoin is the most searched cryptocurrency

According to a study by Coin Insider, Dogecoin is the most sought-after cryptocurrency in most US states.

Coin Insider’s study on Dogecoin, the favorite cryptocurrency in the US

According to a report by Coin Insider based on an analysis of Google trend data, Dogecoin is the most searched cryptocurrency in 23 US states, including Illinois, Hawaii Florida, Montana, Michigan, Arizona and New Jersey, making it the most searched in most states.

Bitcoin would be the most sought-after in 10 states, placing it second in this special ranking. Ethereum appears to be the most searched for in eight states, while seven states searched for Shiba Inu more than any other cryptocurrency.

“This study offers incredible insight into where these investments are coming from across the US, with Dogecoin surpassing Bitcoin as the most popular cryptocurrency on the internet. With more than 6,500 cryptocurrencies available globally, it is fascinating to see currencies that may not be the most valuable are still the most sought after”.

Experts say this result is largely justified by the great publicity given to Doge by Elon Musk, who recently announced that Tesla would accept the cryptocurrency as a form of payment.

Residents of New Hampshire, Massachusetts, Delaware, Mississippi, Connecticut, Arkansas, Kansas, West Virginia, Alaska and Idaho, on the other hand, searched for Bitcoin the most.

The Cardano token (ADA), which has achieved record performance, has earned the top spot in searches in Colorado, according to Coin Insider results. Commenting on the results, Coin Insider’s spokesperson said:

“The rise of cryptocurrencies has been huge in recent years, with more and more people looking to invest in them”.

However, Google search results are not the only major achievement of the two main meme coins, Doge and Shiba Inu. Social media also saw record volumes for both Dogecoin and Shiba Inu.

Social media searches seem to be increasingly geared towards these meme coins and this has been evident in the large followings that both projects have garnered over the past two months.

Dogecoin, in particular, maintains an excellent position among the most followed cryptocurrencies on Twitter, ranking 3rd with a total following of 2.5 million users. Binance and Bitcoin are the only projects with more followers than Doge.

Shiba Inu, a much younger project, was close behind in 5th place with over two million Twitter followers. Both projects placed ahead of investor favourites such as Ethereum, Cardano, Solana and SafeMoon.

The post Dogecoin is the most searched cryptocurrency appeared first on cryptodailynews24.com.