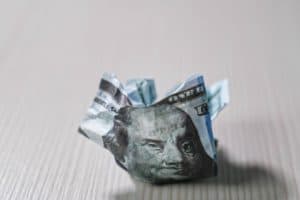 Even after the announcement of the inflation rate standing at 8.5%, Bitcoin and the major cryptocurrencies are marking a rise.

Worst Tuesday since 1981. Bitcoin continues to rise even after inflation announcement

The inflation index stands at 8.5% and is now in the double digits, resulting in an apparent correlation of events.

This did not apply to the last week when it was already known that the inflation figure would rise from 7%.

The cause-effect relationship was triggered by the new data which is significant and obviously may have had a positive impact on digital currencies.

The good news, however, did not apply to equities, which were inevitably under pressure following the news.

In general, all risky assets suffered from the March consumer price index.

Edward Moya, senior analyst at OANDA has his own thoughts on the relationship between inflation and the international situation. Moya comments:

“Inflation will take care of itself if geopolitical risks improve and expectations are maintained that the Fed will not aggressively tighten monetary policy and send the US economy into recession”.

This means that if the Fed doesn’t follow through on its plans for seven rate hikes this year, cryptocurrencies in general could benefit greatly by resuming a bull trend.

Digital assets such as Bitcoin and Ethereum are testing levels as the basis for at least the current year, $40,000 and $3,000 respectively.

Traders and analysts most involved in the crypto world are hoping that these levels will obviously be broken to the upside but this is more likely if certain conditions are met, including a kinder rate hike policy from the US Central Bank, new investors coming in to breathe new life into the market and an opening of the markets.

Another factor that could influence the performance of cryptocurrencies and in particular Bitcoin is the value of the dollar.

It is a rather refuted theory that a downward trend in the dollar will benefit the value of Bitcoin and crypto in general.

“POTENTIAL BEARISH DIVERGENCE ON THE $DXY GOING TO HELP SOME UPWARDS MOMENTUM OF #BITCOIN?”

A bearish trend can detect potential downtrends when prices rise to new highs while the oscillator refuses to touch a new peak.

In this particular case, Bitcoin transactions are close to 225,000 per day, which is similar to what happened to the 2019 bearish market.