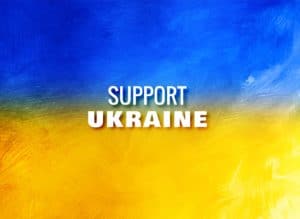 UNESCO project to digitally save the territory of Ukraine

It is called Backup Ukraine and is a digital project created by the Polycam app in collaboration with UNESCO to digitally save Ukraine’s artistic heritage.

Backup Ukraine, the digital project to save Ukraine

UNESCO’s Danish National Commission and Blue Shield Denmark are launching a new project aimed at digitally preserving at least the historical and artistic territory of Ukraine.

With the conflict with Russia, many of the country’s monuments and works of art are clearly at risk of destruction. The Backup Ukraine project uses the technology of Polycam, a powerful prosumer app that allows you to use an iPhone or iPad to scan any physical object in 3D.

The aim is to deploy it to create the opportunity for Ukrainian users to quickly and easily scan and upload digital renderings of important monuments.

This involves the creation of 3D models of important architectural and artistic works, perfectly reproduced digitally. The 3D models saved on the specially created platform will be stored for at least 5 years, to preserve them digitally in case they are destroyed by Russian bombing.

This important project comes just a few days after UNESCO itself reported that at least 52 cultural sites in Ukraine have been partially damaged or destroyed since the start of the conflict.

The mission of the initiative

The initiative was conceived by the creative agency Virtue, part of the Vice Media Group. Ukraine has as many as seven sites nominated as UNESCO World Heritage Sites.

“The idea was born out of real terror of what would happen if Putin managed to wipe out the physical basis of their history. Polymetric scanning is one of our ’10 obsessions’, technologies that we believe have revolutionary potential just around the corner and through which we observe current events to create new and exciting applications”.

In a press statement, the chair of the Danish National Commission of UNESCO, Elsebeth Gerner Nielsen, instead said:

“War claims more than lives. It can cost a country irreversible damage to its national spirit. That is why the protection of cultural heritage is crucial in any conflict. And during an ongoing war, traditional methods of cultural preservation are put under pressure.  So innovative technologies are a very welcome help”.

Back in March, UNESCO sounded the alarm about the state of Ukrainian monuments. Indeed, UNESCO director-general Audrey Azoulay had said in a statement that:

“The first challenge is to mark cultural heritage sites and monuments and recall their special status as protected areas under international law”.

But evidently, all the measures taken to try to physically preserve the monuments are at risk of being in vain in the face of the conflict, which is becoming increasingly harsh, especially in some parts of the country.

This is why this project was created to try to preserve cultural sites at least in digital format, which could serve as a historical memory of sites that may have been destroyed by the war.

The post UNESCO project to digitally save the territory of Ukraine appeared first on cryptodailynews24.com.