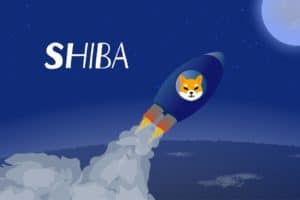 Yesterday, Robinhood announced the addition of two new cryptocurrencies. These are MATIC, from Polygon, and SHIB from Shiba Inu.

It is worth noting that just after the listing was published, the price of SHIB went up significantly, while the price of MATIC went up much less.

And we're giving away $100K of it. Quote tweet this tweet with your Robinhood Username (@ included!) to get some

The first 10K quote tweets will receive $10 of SHIB. pic.twitter.com/0jsBKYfJvw

However, it is worth noting that yesterday, before this spike, the price had fallen from 0.026 to 0.022, and that after touching 0.028 thousandths it fell again to around 0.027 thousandths.

Compared to the price of 24 hours ago, the current price has risen by 17%.

Despite the fact that the Shiba community has been expecting the listing on Robinhood for a long time, yesterday’s news seems to have taken them by surprise, so much so that the news was not priced in by the market in advance, as is usually the case.

Currently, the price of SHIB is 25% higher than it was a month ago, but still 68% below the all-time high of late October 2021.

The token has slipped to 15th place among the largest market capitalization cryptocurrencies, surpassed by two stablecoins (BUSD and UST) whose overall value does not depend on price. It is not far behind Dogecoin.

As far as MATIC is concerned, the matter has been different, perhaps because the market had already priced in this hypothesis.

Not just MATIC and SHIB

Robinhood decides to list also SOL, of the Solana blockchain, and COMP, of the DeFi Compound platform

Solana, which is now capitalized more than Cardano and only slightly less than XRP, recorded a modest +1.7% compared to yesterday, probably because the markets had already largely priced in this hypothesis. SOL is up 31% from a month ago but is still 60% below its all-time high.

So in none of these four cases has the news of the Robinhood listing been able to bring the price closer to its all-time high, making it clear, if proof were needed, that the current situation is one of a bear market. It remains to be seen whether there will be a reversal of the trend in the short term or not.