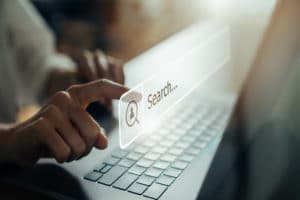 Google UK searches: boom for “sell ethereum” in one day

Google UK search data reported that there was a boom in searches for “sell ethereum” in one day, while in the last 24 hours, the price of ETH has fluctuated by -6% and returned to yesterday’s price.

“Sell ethereum” explodes on Google UK in one day

This means that there has been strong interest in sell ethereum in the UK, yet the move from Proof-of-Work to Proof-of-Stake for the second largest crypto by market cap is getting closer.

Indeed, there are those who argue that Ethereum could already become PoS by this June, or by September at the latest.

This is a new all-time high for the total computing power allocated to Ethereum mining, still PoW.

Specifically, it appears that the ATH – All Time High is over 1.14 PH/s, while the average hashrate has never fallen below 1.1 PH/s.

Speaking of the price of ETH, compared to last year, while Ethereum’s hashrate was just over half of what it is today, the price has seen a 40% increase in the last 12 months.

Something that has not occurred when comparing to two years ago, when the hashrate was below 190 Th/s and has risen 500% since then, while the price has risen 1,800%.

Google searches for Bitcoin in the World

According to Google Trends, if the search word was “bitcoin” in the world, then it would be clear which geographical areas hold the top spot for the past 30 days.

Indeed, at the moment it is El Salvador that is clearly leading the list of countries where the most frequently searched word on Google is “bitcoin”. This is followed by the Netherlands, Nigeria, Turkey and Slovenia.

This is similar to the ranking at the beginning of the year, when El Salvador also topped the list, followed by Nigeria and Turkey. The searches, in that case, were extended to the last 12 months.

This means that the Netherlands has increased its search volume for “bitcoin” on Google in the last month.

The post Google UK searches: boom for “sell ethereum” in one day appeared first on cryptodailynews24.com.