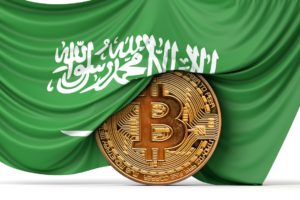 54% of Saudi Arabians would like to use cryptocurrencies as payments

A study certifies that 54% of Saudi Arabia and UAE residents would like to use cryptocurrencies for payments.

According to a study by digital payments company Check Out, 54% of residents of Saudi Arabia and the UAE would be in favour of using cryptocurrencies for their daily payments.

As a result, the majority of Arab and Emirati citizens “believe that cryptocurrencies should be used as currencies” and not just as “investment assets”. This is nine points higher than the global average of 45%, according to the Check Out study.

In the US, which is currently one of the largest cryptocurrency markets globally, and where digital payments are widespread, only 36% of respondents said cryptocurrencies should be used as currencies.

In Germany, the percentage drops to 31% of respondents, while in the UK the figure was 32%.

“Consumers find utility and benefits in paying with cryptocurrencies, be they stablecoins or non-pegged crypto. Faster transactions and lower fees, particularly for cross-border purchases, provide significant benefits to consumers”.

On the other hand, in Saudi Arabia in particular, cryptocurrency ownership has increased significantly over the past 5 years, with around 77% of the population reportedly aware of digital assets and 18% already actively trading in cryptocurrencies. In 2021, The first NFT marketplace, Nuqtah, was launched.

“We are currently witnessing the revolution of what is known as the Internet, not only with blockchain technology, but ownership of virtual assets through NFTs”.

As for the UAE, Dubai has long been considered a true hub for the cryptocurrency market. On 10 March, the emirate issued its first regulation on digital assets.

The Dubai Virtual Assets Regulatory Authority is responsible for regulating and monitoring cryptocurrency traders, both platforms and exchanges.

One of the main of the latter, China’s Binance in December 2021 signed a memorandum of understanding with the Dubai World Trade Center Authority to develop a new industrial hub dedicated to cryptocurrencies in the city.

In June 2021, the DMCC Crypto Center, an ecosystem for companies operating in the crypto and blockchain sectors, was launched in Dubai.

“Crypto and blockchain technologies have huge potential to transform global trade and supply chains. This is one of the key drivers behind the launch of DMCC Crypto Center”.