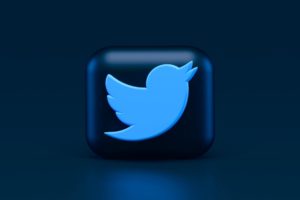 Twitter: no board of directors for Elon Musk. Why?

It’s official: Elon Musk has decided not to join Twitter’s board of directors.

This was revealed, obviously on Twitter, by the company’s CEO, Parag Agrawal, sharing a company memo.

Elon has decided not to join our board. I sent a brief note to the company, sharing with you all here. pic.twitter.com/lfrXACavvk

Agrawal explains that the board had discussed Musk‘s appointment extensively, including directly with him, and were keen to work with him and clarify any risks.

In fact, Agrawal says the board believed that having Musk as a “fiduciary of the company” (as all board members are) was in the best interest of the company and all shareholders, calling it “the best path forward”.

For this reason, the board officially offered Elon Musk a seat on the board, while at the same time publicly announcing that he would be appointed as a member.

I’m excited to share that we’re appointing @elonmusk to our board! Through conversations with Elon in recent weeks, it became clear to us that he would bring great value to our Board.

The appointment was supposed to take effect on 9 April, but that same morning Elon made it known that he preferred not to join Twitter’s board.

“Elon is our biggest shareholder and we will remain open to his input”.

The situation in Elon Musk’s other companies

It is worth noting that he is CEO of the two other companies in which he is the main shareholder (Tesla and SpaceX), and of which he also has control.

In other words, in Twitter, he is the single largest shareholder with about 10% of the shares, but he does not control the company with a majority stake. Nor is he the CEO.

This could be important because some suggest that behind the choice not to join the board there could be the refusal of the constraint not to exceed 14.9% of the shares. This restriction apparently formed part of the agreement with Twitter to join the board.

Musk may be planning to control the majority of the company’s shares, which are currently made up of many shareholders, all of whom own less than 10% of the company, by increasing the number of shares he owns to well over 15%.

Twitter Inc. is valued at around $37 billion, so with $18.5 billion he could theoretically acquire 50% of it.

According to Forbes‘ updated figures, Musk has total assets worth more than $260 billion, so with only 7% of his assets he could personally acquire a majority stake in the company.

If the acquisition of Twitter were to form part of some strategic plan of his, perhaps linked to online communication and propaganda, it would seem to be not only feasible but also likely.

This hypothesis could be supported by the fact that he has already made it clear that he is leaning towards making various changes to the way the platform works, in particular by adding the tweet editing function. On the other hand, it is difficult to imagine that he has other goals, given that the purchase price of Twitter’s shares in recent weeks has been very interesting.

It might not be too long before it becomes clear what his real intentions are in this regard.