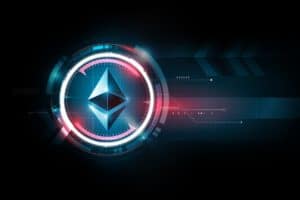 Exceeded 1.1 Ph/s for the first time in history, the highest level ever reached by the Ethereum hashrate.

The PoW protocol and the Ethereum hashrate

For now, Ethereum’s blockchain is still based on Proof-of-Work, so ETH is still being mined.

Yesterday, 11 April 2022, a new all-time high was reached in terms of the total computing power allocated to Ethereum mining.

According to CoinWarz‘s estimates, it peaked at more than 1.14 PH/s, while the average hashrate has never fallen below 1.1 PH/s.

Thus, 11 April 2022 was the day with the highest hashrate in the history of Ethereum mining. Today, however, it is slightly down, mainly due to the decline in the value of ETH.

It is worth noting that a month ago there were peaks of less than 1.03 PH/s, so the increase in hashrate in one month was 10%, compared to an increase in the value of ETH of 17%. So this is by no means an unexpected increase.

The thing is that the hashrate increases very slowly, while the price may increase very quickly. In general, the hashrate follows the price in the long run, so after a price increase, a rise in hashrate is to be expected.

A year ago, Ethereum’s hashrate was a little more than half of what it is today, while the price has increased by 40% in the last 12 months. This would lead one to assume that the hashrate has increased too much, but it is enough to go back another year to see that this is not the case.

The evolution of the relationship between hashrate value and price

It is therefore possible that Ethereum’s hashrate could rise further, assuming there is no price collapse, even though the Merge that will force the switch to Proof-of-Stake is getting closer and closer.

The switch from PoW to PoS will effectively end mining on Ethereum, replaced by block validation by validator nodes. Thus, it will no longer require much computing power to extract the hash that verifies blocks.

However, on the one hand this will happen in a few months, and on the other hand, miners need to make the most of their machines before it is no longer possible to do so.

So it is not surprising that those who own such machines are looking to make the most of them before the switch to PoS. This is probably contributing to the increase in hashrate on Ethereum, but at the expense of profitability.

The post New all-time high for the Ethereum hashrate appeared first on cryptodailynews24.com.