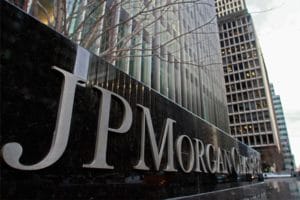 New York-based JPMorgan Chase & CO. expects commodities to jump in the near future.

JPMorgan’s forecast for the commodities market

Big Four JPMorgan releases its outlook on the commodities sector

This is what the investment bank reported on 7 April in its analysis note on commodities:

“In dollar terms, the total open interest of commodity futures ex gold stands at around $1.4 trillion, which, although high by historical standards, looks much lower compared to the stock of equities, bonds and cash in the world.

And in the current juncture where the need for inflation hedges is more elevated, it is conceivable to see longer-term commodity allocations eventually rising above 1% of total financial assets globally, surpassing the previous highs seen during 2008 or 2011″.

Against this backdrop, the bank notes that commodity allocations are above the historical average since the highs of 2008 and following the Lehman Brothers debacle, indicating that there is still room for growth.

Commodity prices have risen by an average of 40% calculated on a basket of commodities and assets, not including gold of course.

The record high reached last month following the sanctions against Russia by NATO and the countries of Europe is the result not only of the rise in oil, which is up 33%, but also in cereals to the same extent, copper (+7%) and gas, with a significant rise in price of 65%.

Long-term positioning therefore requires significant repositioning both by holders and in terms of stocks themselves.

The outlook for the sector

The rises are not over yet and a further 30%-40% are expected across the board for all commodities.

The sanctions against Moscow have worsened the already critical post-pandemic situation and just when consumption could have restarted, the war in the middle of Europe has stimulated price increases.

The approaching pandemic was boosting consumption, but as a precautionary measure, warehouses had already restocked. However, this is not enough and there are still margins to be covered with a view to optimizing purchases and keeping prices down in the event of a possible escalation, which we all hope to avoid.

This is a very dangerous scenario for world growth. The financialization of commodities will trigger exponential price growth, cause even more inflation and thus more inflation hedging.

This is a very dangerous spiral that can only be halted by a depression of demand after an appreciable generalized impoverishment. A very bad outlook for the future, but the contingency of events does not put us in such a calm situation and forces everyone to think about restraint strategies in order to generate cascading failures that would trigger an unprecedented global catastrophe.

JPMorgan Chase & CO provides a bleak picture, but it is preparatory to implementing prudent measures.

The hope is for peace, which could at least prevent a spiral of price increases, although the picture would remain complex, not least because of inflation figures which, according to the latest reports, are now in double figures worldwide, including in Europe.