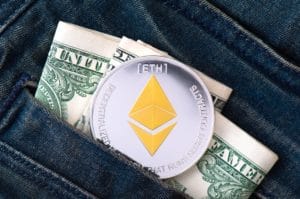 Ethereum ready to soar after switch to PoS

The markets have probably already priced in the Merge, but in the following months, things could get better.

What will happen to Ethereum after the PoS implementation?

It seems increasingly likely that Ethereum’s transition from Proof-of-Work to Proof-of-Stake could take place by June this year, or at the latest by September.

In short, it would only be a few more months away, and there are already those who are trying to estimate what impact this epoch-making transition could have on the price of ETH.

In such cases, i.e. when the news is already known for some time, the markets tend to price it well before it happens. For this reason, several analysts do not believe that the changeover to PoS will have a major immediate effect on the price of ETH.

But while in the short term this may not have a significant impact, given that the price already contains the information, in the long term it is a whole different story.

In fact, after the activation of Proof-of-Stake, other innovations could arrive, linked in particular to the possible drop in fees and the greater volume of transactions that can be managed daily on the blockchain.

For example, USDT is responsible for a large number of transactions on the Ethereum blockchain, but for some time now many USDT transactions have been taking place on the Tron network precisely because of the very low fees.

The marginal impact on the value of fees

Once PoW is replaced by PoS it is possible that the fees on Ethereum will start to decrease, and based on the extent of the reduction (unknown to date) the use of this blockchain may increase more or less significantly over other cheaper ones. In fact, the same applies to second layers such as Polygon, but also to Tron.

Should the switch to PoS attract many users to Ethereum who now prefer to use cheaper blockchains, the market demand for ETH could increase significantly. Should this happen it will presumably be a slow process, taking months or years, and will depend very much on the level of fee reduction that is achieved.

At the moment there are still too many unknowns to try and quantify this dynamic, so much so that there is even the theoretical possibility that the reduction in fees could turn out to be much smaller than expected.

The response of the ETH price

It is therefore not possible to make plausible numerical predictions, but it is possible to imagine that if the impact of the replacement of PoW with PoS on Ethereum ends up being significant, as many believe, the price of ETH in the long term could increase significantly.

It is worth noting that the current price, with the switch to PoS already priced in by the markets, is 37% lower than its peak in November 2021, so it has for all intents and purposes ample room for growth, at least in theory.

Moreover, according to several analysts, it could exceed $5,000 in the future, although it is not clear when. It peaked at $4,800, and in theory ETH could even have the potential to exceed that by a lot. There are several analysts who claim that it could perhaps even reach $10,000 tomorrow.

However, these are only hypotheses and we don’t know the real chances of them coming true, so much so that there are also analysts who claim that the price of ETH could actually return to levels similar to those before the 2021 bull run, i.e. below $1,000.

It is unlikely that we will know more prior to the Merge which will bring PoS to Ethereum, and perhaps we will have to wait a few months after the Merge itself to see if the dynamics hypothesized earlier are correct or not.

The post Ethereum ready to soar after switch to PoS appeared first on cryptodailynews24.com.