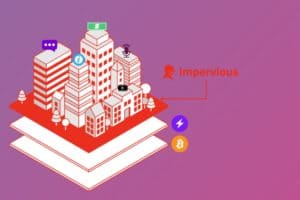 An internet browser based on Bitcoin: Impervious

Here is Impervious, a Bitcoin-based browser which, thanks to the Lightning Network, gets rid of all intermediary.

Impervious: a new decentralised web browser based on Bitcoin

During the big Bitcoin 2022 conference in Miami the launch of a new Bitcoin-based decentralised web browser called Impervious was announced.

This was directly revealed by Impervious AI CEO Chase Perkins through a live demo where he connected with his chief engineer for a few seconds at a cost of 15 Satoshi.

The connection is peer-to-peer over the Lightning Network, which is why it is very low cost.

It is the first native web browser on Lightning and allows users to connect directly to each other without intermediaries trying to make a profit. This allows users a decentralised experience, without censorship and without having to give their personal data to third parties.

Impervious AI has only been working on the new browser for six months, so what Perkins showed would only be the beginning. The goal is to regain its digital dignity and normalize the peer-to-peer Internet standard.

Architecture and mission of Impervious

The Impervious API is a third-tier ‘programmatic layer’ that allows developers to use Bitcoin as the base layer for verification, and Lightning Network as layer 2 for data transmission.

According to Perkins, web users have become subject to the digital tyranny of large technology companies, which control, sell and track all our data. In this way, web users have themselves become products that are sold.

Instead, Impervious would remove all intermediaries, including of course the big web companies, so that users’ personal information cannot be commodified.

It also allows developers to write programs on it, thanks to Bitcoin’s blockchain being used as the base on which the rest is built, and Lightning Network to create peer-to-peer connections for transactions that don’t have to go through Bitcoin’s base layer.

At this time it is not yet freely downloadable, but there is a waiting list to which you can sign up.

It should be noted, however, that the official Twitter profile already has over 17,000 followers without the browser having been released yet, so it is clear that there is already interest online in such an initiative. On the other hand, the problem of censorship and the resale of users’ personal data is certainly felt.

Lightning Network is also an extremely scalable protocol, as it provides P2P transactions that do not need to involve third parties, and can therefore be expanded without any real limitations in terms of quantity.

Browser documentation is already available on docs.impervious.ai, enabling developers to get an idea of how it works.

The post An internet browser based on Bitcoin: Impervious appeared first on cryptodailynews24.com.