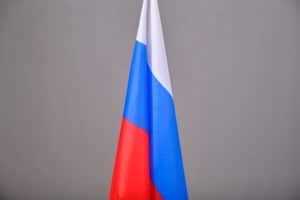 Should Europe continue to pursue sanctions policies against the Kremlin, Russia could strike strategic targets within the zone.

The interview with Sergei Karaganov: Russia now also against Europe

Corriere della Sera‘s interview with the head of the Foreign Policy and Defence Council, a former advisor to Putin and long-time friend of Russian Defence Minister Lavrov, is surreal in the broadest sense and even more so in spite of the context in which we live.

Sergei Karaganov, in a lengthy interview with the Italian newspaper, has in fact outlined a thesis that points to an imminent escalation of the conflict should NATO and EU countries continue to pursue sanctions policies against the Kremlin.

A repeated policy of sanctions against Moscow, in fact, the possible blocking of incoming gas and, no less important, the sending of arms to Kiev, would lead, according to the experienced Karaganov, to an escalation of the conflict that does not preclude, indeed, the need to strike strategic targets within Europe (bases, supply centres, airports, ports, etc.) so as to cool the “enthusiasm” towards Ukraine.

We would never have thought to hear such words, nor would we have thought to still be concerned about a conflict that could take on a worldwide scope on European soil, but we are prepared for this too.

The Head of the Council for Foreign Policy and Defence, in fact, goes on to say that Europe, now reduced as a vassal entity to the yoke of the United States and NATO, is obviously equipped with sufficient armies and weapons, but their coordination is a weak point, in addition to the fact that they are poorly distributed,with Italy being a case in point.

According to Karaganov, Italy does not stand a chance against a superpower like Russia and cannot defend itself on its own with the authorisation of the Americans, who could also decide not to endorse a defensive or non-defensive response to a possible attack, for example, on a base in Italy to block an escalation.

This behaviour could quickly lead to a ceasefire and peace, but it would set an important precedent.

The phrases of the Russian exponent are important and dangerous but official, how will the markets react and what would happen if this really happened?

The interview with Corriere is dated Friday 9 April, how will the markets have reacted?

At first glance, there do not seem to have been any particular signs of concern in either the currency or the stock markets.

The news seems to have gone unnoticed, or at any rate it is thought to be more of a provocation than a hidden attempt to predict or describe future events.

Basically, the markets do not believe the words of Putin’s former personal adviser, even if the real test will be today, when stock markets and currency values could be affected.

Obviously we are in the realm of hypotheses.

In addition, several important ECB and US inflation figures will be published between the 11th and 15th of April.

Currencies, too, do not seem to have been shaken by Moscow’s high-sounding words, but what would the scenarios be in the event of missiles targeting a European state? There are basically two hypotheses.

A strengthening of the dollar and a devaluation of the euro, with a consequent increase in the value of the yuan and other cross-currencies and safe haven assets, or a debacle of both the euro and the US dollar that would lead to an unprecedented global crisis as well as the failure of the West as we know it.

Either way, there is nothing to be happy about, but what is certain is that an expanded war scenario would tighten the purse strings more and more and lead us into a world where gold would once again become the undisputed leader (and perhaps be reconsidered as the underlying value of the various currencies as it once was) and cryptocurrencies would increasingly be the lifeline of states and international and personal exchanges.