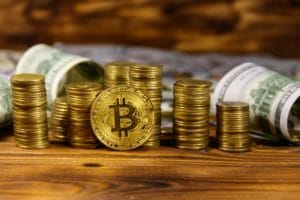 New attack on Bitcoin from the IMF

The International Monetary Fund in a new study returns to the attack on Bitcoin, accused of being the currency of choice for mainly criminal purposes.

In a new 19-page report published at the end of March, the International Monetary Fund returns to attack the most important cryptocurrency, , accused of playing into the hands of criminals in particular, who would use it to launder the proceeds of their illicit trafficking.

“The pseudonymity of cryptocurrencies (whereby transactions require only digital identities) makes them a potential vehicle for illicit flows, including flows of corruption proceeds.Cryptocurrency innovation has the potential to improve the efficiency and inclusiveness of the financial system and the economy more generally, but crypto-assets raise issues with respect to consumer and investor protection, market integrity, tax evasion, money laundering and terrorist financing.”

The study also considers how cryptocurrencies are more prevalent in those countries where the level of corruption is allegedly higher.

An assumption that, in addition to being questionable in its premises, seems quite obvious, considering that in those countries, such as Venezuela, Nigeria, Kenya or Argentina, the circulation of currency is more complicated and inflation rates are usually very high, conditions that naturally favor the adoption of cryptocurrencies.

For these reasons in particular, the IMF continues to call for clear and precise regulation of the cryptocurrency sector by the relevant authorities as a matter of some urgency. A month ago, US President Biden issued an executive order to finally get to grips with the sector.

This is something that is eagerly awaited by the industry itself, which is asking for regulation to finally free the cryptocurrency world from this sort of regulatory limbo.

But this is certainly not the first time that the most important international monetary body has dealt with cryptocurrencies, often to warn of the risks involved.

In January this year, the international body had expressly asked the government of El Salvador to go back on its decision taken in September 2021 to declare Bitcoin as legal tender in the country. According to the IMF, this could pose a risk to the country’s financial stability and its already high external debt.

In December 2021, however, Evan Papageorgiou, deputy division chief at the IMF, had told CNBC in October that:

“The crypto ecosystem has grown significantly…. The process shows considerable resilience, but there have also been some interesting stress tests and many players in the industry lack sound operational, governance and risk practices.”

Of the need for precise regulation, strongly reiterated in this latest March report, the IMF had already spoken in October, when the market had surpassed 2 trillion in value, stating that many of the new cryptocurrencies lacked sound governance and risk practices.

The three fund members Dimitris Drakopoulos, Fabio Natalucci and Evan Papageorgiou in the dedicated report had stated that:

“There are also several high-profile cases of hacking-related theft of client funds. So far, these incidents have not had a significant impact on financial stability. However, as cryptographic assets become more mainstream, their importance in terms of potential implications for the wider economy is likely to increase.”

The post New attack on Bitcoin from the IMF appeared first on cryptodailynews24.com.