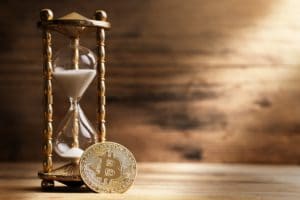 How much will the price of Bitcoin go up in the next month?

The price of Bitcoin has been moving in a sideway trand since late January now. The lowest point touched during this period was $33,000.

Actually, since the escalation of the conflict in Ukraine stopped, the price has never fallen below $38,000, so much so that it is possible to say that in recent weeks this phase of lateralisation has seen the price move within a channel between $38,000 and $48,000.

In the short term there do not seem to be any clear signs of a possible breakout of this channel, so for now it may well continue to move within this relatively narrow range.

Note that this range also includes the average price of 2021, so this is a channel that in one way or another is even rooted in the trend that began sixteen months ago.

However, sooner or later there could be some news that could take Bitcoin’s price out of this sideway trend, although it is difficult to say in which direction.

However, there are at least a couple of signals that could lead us to believe that an upward breakout is possible.

Signals of breakup of the channel

As the de-escalation of the conflict in Ukraine began to become apparent, the price of Bitcoin had started to rise in recent weeks, although still only very limited and partial, from $38,000 to $48,000 in a fortnight. This brief upward trend was interrupted when the de-escalation seemed to stop.

Should a new phase of de-escalation of the conflict begin, a possible return to the upward trend interrupted at the end of March is to be expected.

In addition, the logarithmic trend of the historical minimum that has held since 2014, excluding the black swan of the collapse of global financial markets in March 2020, would indicate that the minimum will rise above $50,000 by June.

These are weak signals but they should not be ignored.

Note that in this phase of lateralisation, several whales seem to be hoarding BTC, while the availability of BTC for sale on exchanges is at its lowest since 2018. Any increase in demand could generate a significant price increase, as already happened in the second half of March.

However, there is no shortage of bearish forecasts, particularly those predicting negative global financial market performance in the short to medium term. The price of Bitcoin is clearly influenced by general movements in the financial markets, especially when these are massive.

Several analysts are not at all optimistic about the performance of financial markets in the coming months, especially due to the economic problems of the world’s major economies caused by geopolitical instability.

Macro factors at this stage could contribute more than anything else to push the price of Bitcoin out of the current lateralisation channel, both upwards and downwards. While the supply of BTC in the market seems relatively stable and contained, it is the demand that could vary even a lot in the short to medium term.

These macro factors are capable of influencing the demand for BTC quickly and significantly, to the extent that they can also have a marked effect on the price.

As these factors are difficult to predict at the moment, it is also difficult to forecast the price of Bitcoin, although if there is no significant news, the current trend of lateralisation could continue in the range between $38,000 and $48,000.

The post How much will the price of Bitcoin go up in the next month? appeared first on cryptodailynews24.com.