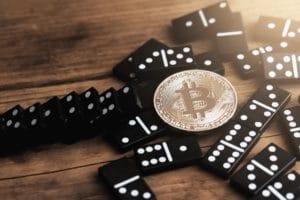 Bitcoin soon to be legal tender in Honduras, Mexico and Portugal?

Honduras, Mexico and Portugal’s autonomous regions may soon recognise Bitcoin as legal tender, according to rumours.

Honduras, Portugal and Mexico on the heels of El Salvador for Bitcoin

Bitcoin could soon become legal tender of some autonomous regions of Honduras, Mexico and Portugal

Soon some autonomous regions in the states of Honduras, Portugal and Mexico may follow El Salvador’s example and make Bitcoin legal tender on their territory.

At the Miami Bitcoin 2022 conference, which as usual is a hotbed of crypto news and sensationalism, representatives from Honduras, Mexico and Portugal announced that they are seriously considering legalising Bitcoin in some regions of their countries soon.

These are the regions of Roatán Próspera in Honduras and Madeira in Portugal. In Mexico, there are several regions, and it is not out of the question that it will soon be legal throughout the country, making it the second state in the world to legalise Bitcoin after El Salvador.

It was Samson Mow, former Chief Strategy Officer of Blockstream, who made the announcement, calling to the stage three representatives of the respective countries to testify about these new projects.

The first to expose the plan to legalise Bitcoin in his region was Joe Bomgar, President of Honduras Prospera Inc. from the Caribbean island of Roatán, which is part of Honduras, which is in charge of the Bitcoin project in the region.

“Bitcoin within Prospera is legal tender. That means no capital gains tax on BTC, you can transact freely using BTC and you can pay taxes and fees to the jurisdiction in BTC.”

A few days ago, there had actually been rumours that the whole state of Honduras was thinking of taking this step.

But immediately the country’s Central Bank had denied any such plans, specifying that cryptocurrency transactions are not regulated and therefore cannot be considered legal tender.

At the same time, however, the Central Bank reiterated its willingness to carry out tests on the new digital state currency.

Second person to speak about the possibility of adopting bitcoin as legal tender was Miguel Albuquerque, President of Portugal’s autonomous region Madeira.

Albuquerque, without however specifically saying that it would be legal tender there, said:

Albuquerque also announced that Madeira’s bitcoin purchases and sales are not subject to income tax and allows a 5% tax rate for companies.

However, it should be added that Portugal is currently exempt from income tax on cryptocurrency purchases.

Finally, Mow invited Mexican Senator Indira Kempis on stage to provide an update on the efforts being made to propose cryptocurrency legislation in Mexico.

The Mexican Senator stated that:

“In two months we will propose legislation to change regulations in fintech and monetary law. And we have a message for our president. We can’t wait to sit down and have a coffee with you to talk about this plan: bitcoin as legal tender in Mexico.”

The post Bitcoin soon to be legal tender in Honduras, Mexico and Portugal? appeared first on cryptodailynews24.com.