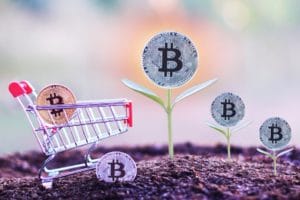 The founder of crypto investment firm Ark Invest, Cathie Wood, has sold all her shares in PayPal to invest in the Cash App payment system that uses Bitcoin Lightning Network.

Ark Invest invests in Cash App: it is being funded by the entire sale of PayPal

Founding investment firm Ark Invest founded in 2014 with approximately $50 billion in assets under management, announced during the Miami Bitcoin 22 conference that it has sold all of the company’s stake in PayPal to invest in the Cash App payment system, which uses Bitcoin Lightning Network.

Cash App is a mobile payment service developed by Block Inc. that allows users to transfer money to each other using a mobile phone app.

The service is only available in the United Kingdom and the United States. It was developed by Block Inc. ex square, the new crypto company founded by former Twitter CEO Jack Dorsey.

Founded in 2013 with over 70 million active users, in February 2022 it enabled Lightning Bitcoin payments, which allows Bitcoin payments to be transferred and used quickly and cheaply.

Wood said in an interview with CNBC on 8 April that she opted for Cash App as a digital payment system over the more popular and popular PayPal, precisely because it would have greater integration with digital currency payments.

Although Venmo has started accepting Bitcoin (BTC), it has explicitly said that it still prefers Cash App.

In fact, Cathie Wood states that:

“We tend to place our bets on who we think will be the winner…. As we consolidated our wallets during a period of reduced risk, we chose Block over PayPal”.

During last week’s Bitcoin conference in Miami she announced that she had divested her stake in PayPal in favour of Cash App.

“@ARKInvest has sold, completely got out of Paypal, whose Venmo is a big competitor to Cash App.

(Cash App has) much more conviction – especially when it comes to bitcoin.” pic.twitter.com/mUGkdWGMFX

On the other hand, Cathie Wood has always been a big supporter of Bitcoin and cryptocurrencies. In a recent interview she predicted that Bitcoin’s share price would reach $1 million by 2030.

In June 2021, Ark Invest filed an application with the SEC to list its own Bitcoin ETF, which would be called ARK 21Shares Bitcoin ETF. This application was rejected by the American stock exchange’s regulator just a few days ago in order to be consistent with the application of the Grayscale Bitcoin Trust.