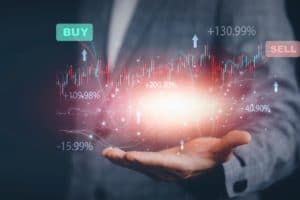 Does trend-following work on BNB?

This article evaluates a “classic” strategy, well known to most traders around the world: the open range breakout! Also discussed is the performance of this trend-following strategy on crypto BNB.

This strategy is based on an assumption as simple as it is effective: if the market registers positive returns during the first part of the day, then the market will be more likely to continue in the direction taken for the rest of the session.

From this perspective, it can be said that if the market rises by a certain percentage, compared to the opening of the day, then it will be more likely to see the increases continue from that moment to the end of the session.

The trend-following verification on BNB

Starting from this theory we proceed to carry out tests to verify how much profit (or loss) a “long-only” system that is a strategy that provides only inputs in purchase, and not for sale, would have generated on BNB (Binance).

The trading system built will follow well-defined rules: first it will be purchased when the market will score at least a return of 0.6% from the opening of the day (Figure 1). The most logical choice would be to opt for values such as 0.5% / 0.75% / 1%.

All these values work well, but the best point, as well as the most stable value, is just 0.6%. Clearly on a market like BNB that has risen a lot in recent years, the confirmation of the veracity of the trend is given by a small upward movement. 0.6% in fact. The 0.6% precisely. This generates many inputs, many more chances to get benefits from the strong bullish trend of the past years.

In addition to the classic opening range breakout, other conditions will be added, aimed at limiting the number of entrances, which are themselves high at the start.

The first condition added is that there will be a maximum of one entry per day. Therefore it will not be possible to see 2 stop losses in the same session. In addition to this, no less important, a condition is inserted for which orders will be sent, only if the previous day has recorded an undecided day. It is in fact statistically verifiable that after days of indecision is more likely to occur a more decisive movement.

As for the strategy outputs, they can take place in two different ways: the first is the classic stoploss, set at 5% of the value of the position. The second will happen with stop order on the minimum of the previous day (Figure 2), a kind of trailing stop. If the market goes in the desired direction, or if the base stop loss is too high, the output will be placed at the low of the previous session.

Figure 2: Example of exit pattern on the minimum of the previous day.

The results are immediately comforting (Figure 3). A “long-only” strategy developed on BNB that has seen its value increase significantly over the years, represents a solid basis from which to start.

To quantify the results shown, a fixed capital of $10,000 is used for each trade made, without ever considering the reinvestment of profits.

The results of the strategy

Despite the classic buy & hold would certainly have produced more useful than the system, in all the years of the historical strategy has achieved good results, even in years like 2018 where the market has had a strong bearish trend on the entire crypto landscape.

This means that automatic trading can lead to benefits such as risk containment, which would be unquantifiable on more conventional strategies such as buy&hold.

The results are therefore very encouraging, even if not too constant. On the other hand, it is well known that cryptos are very difficult tools to tame. The addition of a takeprofit, albeit large, leads to worse results. Bridging this strategy on a very volatile market, like BNB (and cryptos in general), is not such a tempting idea. In any case, trailing and stoploss outputs avoid operations that are too long and therefore even riskier.

Finally, the annual report (Figure 4) shows that this type of strategy has a percentage of profitability below the threshold, psychological if you will, of 50%. In fact, it stands at around 30-40%. A market, although very volatile, will hardly have strong directionality every day of the year. It would be constantly in the newspapers, with the result of annoying the investors and driving them away from the market because they were considered too dangerous.

This classic approach is therefore valid on the BNB, but could also be on other cryptos. Hence the invitation to be always curious and try to diversify your portfolio through a basket of markets and strategies.

Trading offers new possibilities daily, it is up to us to try to seize them and make them ours.

The post Does trend-following work on BNB? appeared first on cryptodailynews24.com.