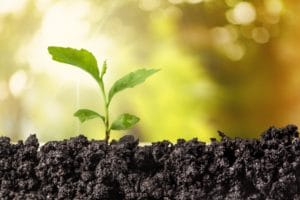 The story of Anish Jain and WadzPay

Anish Jain is the CEO of WadzPay, a Singapore-based company, who recently shared his troubled story.

Anish Jane wants to revolutionize the payment system with WadzPay

This story began in 2018 when he founded the company Wadz with the aim of revolutionizing the payments system by leveraging his experience in this industry and his knowledge of blockchain.

Wadz began to create a digital currency payments ecosystem, with a digital wallet to allow anyone to pay in any cryptocurrency.

However, 2018 was the latest truly bearish year for cryptocurrencies, so there couldn’t have been a worse time to launch such an initiative. Also, in 2020 the pandemic broke out and Singapore closed its borders. At that point, Anish’s company struggled mightily to survive.

The founder of Wadz was even forced to use personal money to pay salaries and business expenses, to the point where he was no longer able to pay suppliers and employees.

At that point, the company could have declared bankruptcy, but Anish decided to continue trying to repay all debts with his personal finances.

In August 2020, however, he was forced to admit that the Wadz adventure was over. But Jain didn’t stop and wanted to start again, with a new team consisting of Steve Tunstall, Matt Winstanley, Simon Connolly, and Stas Madorski, creating WadzPay.

By the end of the year, WadzPay reinvented its business model, and sought to pay off all the debts it had previously accumulated.

In early 2021, it completely abandoned its previous business-to-consumer (B2C) model to focus on business-to-business (B2B) activities such as providing technology and solutions to governments, banks, financial institutions, and small and medium-sized enterprises.

This was a crucial decision, because it eliminated many of the previous problems and made the restart possible.

In 2021, new partnerships came in and the project effectively restarted.

In 2022 the team grew further, to 50 people, and now the new company is preparing to hit the markets.

The development team is based in India, and the company aims to hire another 200 people by the end of the year, partly through the opening of offices in Singapore and Dubai.

Currently, the company is still only working on various proof-of-concepts and negotiations with other possible partners, but at least it has risen from the ashes.

The current market seems to be very different from that of 2018, and blockchain-based financial instruments now have a better chance of emerging.

For WadzPay in particular, the big problems it has had in recent years, including legal ones, seem to be behind it, and Anish Jain is now ready to take his new initiative to the market.

In November 2020, the WadzPay Token (WTK) made its debut on the crypto markets at a price of 8 cents on the dollar.

After rising to 41 cents in late October 2021, it is now trading at 17 cents, which is more than double the initial price, albeit 59% below the all-time high in October.

To be fair, after its debut on the markets at the end of 2020, its price dropped a lot, until it hit its lowest value in September 2021, just before the huge and sudden pump that took it to all-time highs with +8,000% in a month and a half. Moreover, after the ATH, it fell as low as 4 cents in early March 2022.

In the last 30 days, its price has risen 273%, clearly showing how volatile it is.

The post The story of Anish Jain and WadzPay appeared first on cryptodailynews24.com.