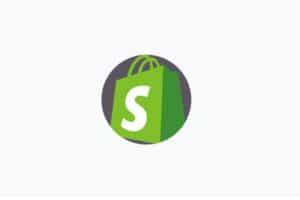 At the Miami conference, Shopify announces a new partnership with Strike to integrate into its Bitcoin Lightning Network platform.

Shopify ready to welcome Bitcoin thanks to a partnership with Strike

Shopify, thanks to the partnership with Strike, will soon support the Bitcoin Lightning Network

At the Bitcoin 22 conference being held these days in Miami, Strike announced the new partnership with e-commerce giant Shopify, to integrate Bitcoin Lightning Network into its platform.

The combination between Strike and Shopify could thus facilitate users who want to be able to spend their cryptocurrencies within the Shopify platform.

Shopify is the 18th largest e-commerce company in the world with about $4.6 billion in annual revenue, according to the Macrotrends market research site. Its service allows sellers to create an online store in 175 different countries.

Statements by the CEO of Strike

Strike CEO Jack Mallerssays his company is already actively collaborating with NCR, the world’s largest provider of digital payments via the POS system and the payment company Blackhawk.

Mallers at the Bitcoin 2022 conference said:

“You’ll be able to get into millions of American storefronts that connect to payment supporters and pay through the Lightning network. If we can help make the Bitcoin network more accessible and usable, we believe we can change the world.”

A press release from the company further explained the details of the agreement between the two companies by explaining that:

The CEO of Strike also said that he is working with some US politicians to discuss cryptocurrency industry regulation. He specifically mentioned the Republican senator Cynthia Lummis, known as crypto-friendly as well as an investor in Bitcoin.

Recently, senator Lummis proposed to modify the system of taxation of cryptocurrencies, creating a no tax area for transactions under 600 dollars.

The post Shopify will soon accept payments in Bitcoin appeared first on cryptodailynews24.com.