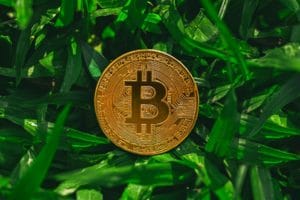 Bitcoin mining: it’s green in Norway and the US

Bitcoin mining is becoming less and less polluting. In fact, it mines almost without impact in Norway, while in the US, it’s trying to use more and more clean energy.

There are now initiatives in different parts of the world that aim to reduce the environmental impact of Bitcoin mining.

While the overall energy consumption is not realistically reducible, at least in short to medium term, it is still possible to reduce the environmental impact.

Some countries, such as China or Iran, have decided to do so by banning it altogether or at certain times of the year, while other states choose the path of renewable energy.

The most striking case from this point of view is obviously the United States of America, the country that currently holds more hashrate globally.

In the U.S., in fact, many companies that do Bitcoin mining are turning more and more to low environmental impact solutions.

One of these is Marathon Digital Holdings, listed on the Nasdaq under the symbol MARA, which has officially declared that it intends to move its mining activities from its current facility in Hardin, Montana, to new locations where more sustainable and carbon-free energy sources are present.

In fact, the current facility uses electricity generated by a nearby coal-fired power plant, while the company’s goal would be to have 100% carbon neutral operations by the end of the year.

The move is expected to occur in stages, but they hope to finish it by the end of the third quarter of 2022.

With the new energy transition, Bitcoin mining companies are also aiming for a high ESG score

Also, in the U.S., the SEC has advanced a proposal that would require publicly traded companies to disclose any greenhouse gas emissions and climate-related risks of their operations.

Curiously, the mining company Stronghold Digital Mining (listed on Nasdaq under the symbol SDIG), which currently uses energy extracted from coal waste to mine Bitcoin, has favored this proposal.

Indeed, Stronghold’s CEO revealed that the company is already doing so in part, as the risk section of their documentation already includes climate-related risks.

However, it’s not just the U.S. trying to make Bitcoin mining as green as possible, but also Norway.

Arcane Research recently revealed that there is a “disproportionate presence” of Bitcoin miners in Norway in proportion to the population and the size of the territory.

It is only 1% of the world’s hashrate, but with a population of less than one per thousand of the global one. However, the curious thing is that this activity has virtually zero carbon footprint.

Norway was chosen for the low cost of electricity, 88% of which is produced by hydroelectric power plants and 10% by wind power. In other words, 98% of the energy produced in Norway is carbon neutral.

According to data from the Bitcoin Mining Council, at least 50% of the global Bitcoin hashrate is powered by renewable energy, and the above examples only show that the trend is growing.

Perhaps action could also be taken to limit or prohibit cryptocurrency miners from using polluting energy sources, especially for large players whose consumption is trackable and analyzable. Bitcoin’s protocol would continue to function as it always has, with no problems, but at least there would be less pollution.

The post Bitcoin mining: it’s green in Norway and the US appeared first on cryptodailynews24.com.