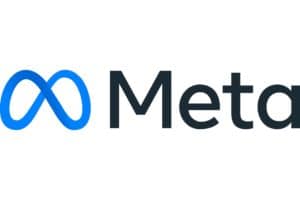 Meta explores ‘Zuck Bucks’: a virtual currency for the metaverse

Meta, the company behind Facebook and Instagram, is now aiming at finance by exploring “Zuck Bucks”: the virtual currency for the metaverse. Mark Zuckerberg’s company is looking for new alternative revenue streams to attract and retain users.

Meta and the ‘Zuck Bucks’: the new tokens dedicated to the metaverse

Meta experiments with a new virtual currency for its metaverse.

At the moment, nothing has been publicly revealed about it, but, via some people familiar with the topic, it seems that the new Zuck Bucks will not be Blockchain-based. Rather, Meta seems to be more focused on in-app tokens, centrally controlled by the company.

Not only that, in addition to Zuck Bucks, Meta is also looking into creating “social tokens” and/or “reputation tokens,” which could be issued to reward Facebook groups. Or “creator coins” that would be associated with particular Instagram influencers.

But Zuckerberg’s financial investigation doesn’t seem to end there. In fact, it appears that Meta is also exploring more traditional financial services, intending to help provide loans to small businesses at attractive rates.

At the moment, with all the possibilities listed, it’s unknown what Meta’s real financial choice will be, especially after a past where between regulatory impediments and delays, the company hasn’t had much luck in this aspect.

Last February, the stock of Meta (FB), behind Facebook’s main social network that has conquered the globe over the years, recorded its worst-ever loss in market capitalization in a single day for a U.S. company.

Meta (FB) was down 26%, with a total loss of $232 billion in a single day, which disappointed analysts’ expectations. Today Meta (FB)’s stock is worth $222.95, compared to $236 on that February 4, 2022, confirming that Zuckerberg’s company does not seem to have recovered.

The causes have been attributed to the company’s decision to change its name to focus on the new and emerging metaverse sector and the introduction of new competitors that continue to attract young people, such as TikTok and Twitter.

Not only that, another “misfortune” at the financial level experienced by the former Facebook was the failure to create Diem (formerly Libra), Facebook’s cryptocurrency.

Diem’s global project was liquidated, and its assets sold to California-based bank Silvergate after U.S. regulators refused to give the pilot the green light due to monetary stability and competition concerns.

At the beginning of 2022, Meta seemed to be in favor of entering the NFT business. Sources were talking about launching a proprietary platform for buying and selling NFTs.

In fact, it wasn’t until the middle of last month that confirmation came directly from Zuckerberg, who announced that NFTs would soon be integrated on Instagram.

The revelation was made during a conversation with Shark Tank star Daymond John at the SXSW Conference.

Specifically, Meta’s CEO said that the company is working on a new feature thanks to which users will be able to view their NFTs on Instagram and even mint them in the app.

The post Meta explores ‘Zuck Bucks’: a virtual currency for the metaverse appeared first on cryptodailynews24.com.