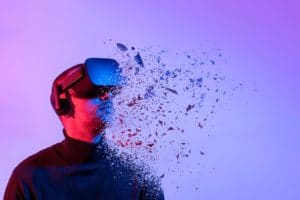 Lowering land prices in the metaverse

In the past month the prices of the land purchased in the metaverse would have fallen by 18% from the highs of the previous month.

The metaverse suffers a drop in prices

As in real life also in the metaverse, the new virtual world of which everyone speaks, the prices of land and houses are subject to market fluctuations, and respond to the logic of supply and demand.

After land prices reached an all-time high in February, they fell by 18% in March, at least according to the Meta Metriks index, which measures the 30 main virtual worlds currently present.

This is also following the decline of all the major tokens that deal with metaverse and sale of land and houses in the virtual world.

Decentraland, The Sandbox and Axie Infinity, have also suffered heavy drops of even 40/50% from record highs in November last year.

But always according to Meta Metriks prices compared to last March are always in sharp rise.  So the experts of the analysis company consider that investing in land or in tokens of metaverse companies is always an excellent investment, even higher than Bitcoin or Ethereum.

Metaverse: is it still a good investment?

Meta Metriks reported that in March, properties in the metaverse gained 2.6 times more than ETH in the last year. Some lots sold on the metaverse have returns on investment of 14,000%.

According to experts, what drives the cost and return on investment of land on the metaverse is mainly determined by the scarcity of the same present on the main metaverse platforms such as Decentraland or Sandbox.

Sandbox would currently have 166,464 plots of land, of about 96 x 96m2. The metaverse Decentraland, which is governed by an autonomous decentralized organization (DAO), has 90,601 plots of land, but only about 44,000 of them are allocated for private purchases and sales.

Large companies such as PricewaterhouseCoopers, Adidas and Warner Music Group have already invested in buying virtual land on the metaverse.

Tim Sweeney, CEO of Epic Games, the company behind Fortnite, recently argued that:

The biggest investments recorded on the metaverse so far, were those of Republic Realm a company specialized in investments in metaverse and NFT, which paid, last year $4.3 million to have a plot of land in The Sandbox, and the purchase of lots for $2,4 million in Decentraland.

Some experts, however, are convinced that all this virtual land could eventually become worthless, because while platforms claim to be limited in size, in reality the metaverse just because it is virtual should not and could not be limited in space.

Soon many companies and many other lands could be added, which would inevitably cause the value of the land itself to fall.

Broker and commercial real estate developer JayGaudet, who has a company, SuperWorld, that provides advice for the metaverse platform, commented on online newspaper Bisnow.com at the end of March:

“Right now in the virtual real estate space, you see a lot of people who are just running on FOMO and therefore don’t want to miss the train. I don’t necessarily know what I’m going to do next, but I want to throw myself in.”

The post Lowering land prices in the metaverse appeared first on cryptodailynews24.com.