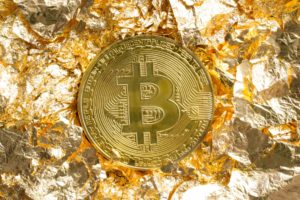 More and more luxury brands are adopting crypto in their payment systems, including Bitcoin, Ethereum and Ripple.

Cryptos Break into the Luxury Market

More and more luxury brands accept crypto for their payments

According to recent data, the global luxury market is expected to reach about 1.5 trillion dollars in revenue by 2025, with the very young representing almost 50% of the total market.

And it is precisely the young people who are driving the big luxury brands to adopt cryptocurrencies for their payments.

One of the latest in order of time is the fashion house Off-White, creator of one of the most popular shoe brands by young and trendiest in recent years.The company announced that it will also accept payments in cryptocurrencies, stating that it is:

In July 2021, 60% of Off-White shares were acquired by the luxury multinational LVMH, adding the brand to its long list of luxury brands that make it the 18th largest company in the world by capitalization.

The luxury watch brand Hublot began accepting payments in cryptocurrencies in February 2022 and also launched a watch in collaboration with Ledger.

The German fashion house Philipp Plein one of the most expensive and very trendy fashion brands among wealthy customers was one of the first to accept payments in Bitcoin and Ethereum.

The same Tesla has triggered heavy reflections on the price of Bitcoin when at the beginning of 2021 it announced at first of accepting payments in Bitcoin and then it returned on its steps and changed idea because of the excessive consumption of energy.

In July of the same year it announced once again that the company would accept payments in Bitcoin and probably also in Dogecoin, the cryptocurrency splashed by tweets of the owner and founder of the company Elon Musk

Even the NFT in the limelight

The spread of the NFT market then gave a further motivation to this current trend, with many luxury brands starting with Gucci, Luis Vuitton, Prada and Bulgari who created exclusive fashion collections only in NFT.

Another striking example is represented by the one made by Nike, which adopted this technology and then produced digital shoes, which are virtual, unique and exchangeable representations of real products.

Last year in Italy, a record $500,000 transaction was made in cryptocurrencies for the rental of a private jet, through the Fast Private Jet platform and the BitPay crypto transaction processing system.

Vincent Quan, Associate Professor of Fashion Business Management at the Fashion Institute of Technology, said about cryptocurrencies in the luxury industry:

“Cryptocurrency has been a revolutionary breakthrough since its development and continued but cautious adoption as a form of payment especially in the world of luxury fashion. Fashion brands have tried to grow their Millennial base while capturing younger consumers in Gen Z. Fortunately, these two market segments have an affinity with cryptocurrencies, which bodes well for the entire fashion industry.”

The blockchain, the technology behind cryptocurrencies, is considered one of the boundaries of the fight against counterfeiting, which is still one of the most felt problems in the luxury sector, with losses of almost 30 billion dollars per year.

The blockchain and its ability to record and certify all the steps of the production chain is already giving excellent results in the fight against the counterfeiting of luxury brands.