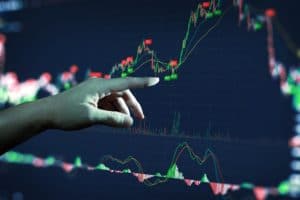 A couple of issues advise against using the stock-to-flow model to make price predictions for Ethereum, which is widely used for Bitcoin instead.

The stock-to-flow model: could it be accurate for Ethereum as well?

Can the stock-to-flow model only work for Bitcoin, or even Ethereum?

PlanB’s stock-to-flow model regarding the price of Bitcoin has become very famous in the cryptocurrency world.

Would it make sense to implement a similar model regarding the price of Ethereum (ETH)?

First of all, it must be said that PlanB’s stock-to-flow model last year did not turn out to be correct.

Even though it is not a predictive model but only a projection of the historical trend, it indicated the achievement of the fateful $100,000 around the end of August 2021, while the price of BTC has not yet reached that figure.

However, the 463-day stock-to-flow curve describes the general trend of the Bitcoin price from 2010 until today quite well, with a margin of error that does not seem so high.

The problem is that there is a big difference between BTC and ETH. In fact, the supply of Bitcoin, i.e., the number of BTCs created and put into circulation, is almost perfectly predictable because the error is minimal.

That allows the stock-to-flow model, based on the ratio of existing BTCs to new ones created every 10 minutes or so, to be projected far into the future.

Why couldn’t the model work for Ethereum?

Instead, the predictability of the ETHs in circulation is liable to far greater error for no less than two reasons.

The first is that throughout history, the monetary policy of ETH has already been changed several times, while that of BTC has never been changed and is not even realistically modifiable by anyone, at least in short/medium term.

In other words, no one assures us that the pace of creation of new ETH in the future will be in line with the current one.

The second is that with the London update burning a portion of the fees, it is impossible to predict the number of ETH burned accurately.

Therefore, it would be possible to create a stock-to-flow model for ETH regarding past data, but it would not be projectable into the future due to the uncertainty of its future supply. However, it must be said that the level of this uncertainty remains very low.

In light of this, it is rather unlikely that a possible stock-to-flow model on Ethereum can indicate the future price trend of ETH, so much so that even the one on BTC in recent months has shown not to work particularly well.

In fact, back in February 2020, Ethereum co-founder Vitalik Buterin had called PlanB’s stock-to-flow model on the price of BTC in a very un-honorable way, basically saying that it only works retrospectively.

It can be useful for identifying a general trend regarding past performance, but it does not turn out to be particularly useful for making predictions. At most, it allows you to compare the future trend with the past trend, looking for any changes, since it can serve to project the past trend into the future.

The post Does Bitcoin’s stock-to-flow model apply to Ethereum? appeared first on cryptodailynews24.com.