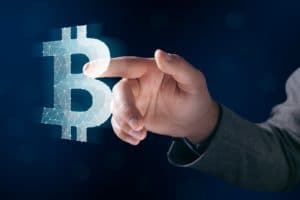 Bitcoin: changing the protocol would reduce consumption, but is it really worth it?

After all, there does not seem to be sufficient reason to demand the replacement of PoW by PoS in the Bitcoin protocol.

This is due to the huge competition between miners competing for the massive revenues and the Proof-of-Work algorithm which rewards those who actually consume the most.

Would a change of algorithm to Proof-of-Stake solve the problem?

First of all it must be said that nobody is really able to change the algorithm on which Bitcoin mining is based from PoW to PoS, so this reasoning is purely speculative and not at all feasible, at least not in the short term.

In order to really replace PoW with PoS on Bitcoin, there would need to be a very broad consensus, which to date is highly unlikely to happen.

The situation is different for Ethereum, whose development is in the hands of a not very large group of people capable of imposing decisions such as these. For Bitcoin, this seems impossible to date.

What is the difference between PoW and PoS?

The consumption of Bitcoin mining is due to the autonomous choices of individual miners, who nevertheless as a whole often choose to increase consumption in order to have more hashrate and thus be able to aim for higher revenues.

PoS eliminates this logic completely, leaving the energy consumption to depend only on the actual self-maintenance needs of the system.

In reality, the Bitcoin protocol does not require high energy consumption at all, but PoW induces miners to try to consume as much as possible.

However, the issue is that PoS on Bitcoin would significantly reduce the security of the system.

PoW makes Bitcoin’s blockchain extremely resistant to attacks, especially on old transactions, i.e. those that no one should ever be able to touch.

PoS, on the other hand, reduces the level of security in this respect, so replacing PoW with PoS would theoretically make Bitcoin more vulnerable to attack.

The voice of bitcoiners

Moreover, it is particularly complex to introduce PoS on a protocol designed for PoW, as demonstrated by Ethereum which has been trying to do so for years now.

In reality, the vast majority of bitcoiners seem to be absolutely against abandoning PoW, precisely because they want Bitcoin’s security level to be as high as possible.

There are two more concrete considerations that should be added at the end of this argument.

The first is that over the next few decades the income of Bitcoin miners will inevitably start to decrease, thanks to the halving, and this will certainly induce them to reduce their energy consumption. This dynamic is almost certain, though extremely slow.

The second is that if the intention was to intervene immediately, it could in fact already be done, by somehow forcing miners to reduce energy consumption, or to stop mining.

Measures taken around the world

China, for example, has already done so, and other parts of the world are already using specific solutions to impose reductions in consumption on miners, like in Iran.

Instead, the new MiCA regulation issued by the Commission of the European Parliament has rejected the idea of banning PoW.

As such, all it would take is to intervene at a political level, although significant results could only be achieved with a broad global political consensus.

As the problem is likely to shrink on its own over the next decades, it is possible that even before such a broad global political consensus is reached, the consumption of Bitcoin mining will have already started to decrease on its own.

In such a framework it seems really absurd to call for PoW to be replaced by PoS on Bitcoin.

The post Bitcoin: changing the protocol would reduce consumption, but is it really worth it? appeared first on cryptodailynews24.com.