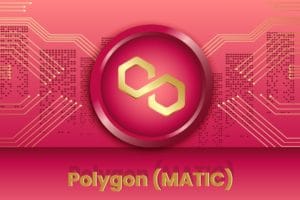 Thanks to Polygon’s proposed $15 million in incentives, liquidity will be increased on several exchange pairs on Uniswap v3.

Polygon has announced the launch of a $15 million incentive programme to increase liquidity on Uniswap v3 on its blockchain.

Polygon is a platform for scaling Ethereum, while Uniswap is a decentralized exchange where, among other things, Polygon’s MATIC token is listed.

After Ethereum, Polygon has the second-largest TVL on Uniswap v3, i.e. more than other Ethereum second layers such as Optimism and Arbitrum.

The first phase of the incentive program will allocate $3 million from the recently unveiled tokenized LP deposits from Arrakis Finance, a liquidity management protocol on Uniswap v3.

The programme will be carried out in collaboration with Arrakis Finance, which is exiting Gelato Network to enter into this strategic partnership with Polygon. The initiative aims to encourage the migration of liquidity to the Polygon ecosystem, to consolidate its position as the preferred network for users wishing to trade with low fees on Uniswap.

Uniswap was born on the Ethereum network, but for the past few months, the commissions on transactions on this network have been very high, albeit decreasing lately. Alternative solutions that are compatible with Ethereum, such as Polygon, Optimism and Arbitrum, serve to enable transactions at a much lower cost.

The strategy of Arrakis Finance

Arrakis wants to operate as a “liquidity layer”, particularly on Uniswap v3. This is achieved through fungible Arrakis Vaults, which implement concentrated and automated liquidity management strategies.

Formerly known as G-UNI, Arrakis is a spin-off of Gelato Network, the flagship liquidity management system for Uniswap v3, and the largest liquidity provider for this network.

Arrakis will also soon release its own governance token, SPICE.

“Provisioning decentralized exchanges with enough liquidity to maximize their potential and incentivize usage is critical to DeFi growth. We at Polygon believe Uniswap v3 has one of the most versatile AMM models in the market and have committed $15M in liquidity. Today we are glad to announce this with Arrakis Finance. With Polygon’s low gas fees, v3’s unmatched efficiency, and 0.01% fees, users on Polygon will see the scope of their trading abilities expanded immediately thanks to this program”.

“Providing liquidity effectively to decentralized exchanges is rapidly becoming more complex and professionalized, making Arrakis’ tokenized abstraction layer, which optimizes how liquidity is deployed, a useful and necessary part of today’s liquidity landscape. This partnership with Polygon, offering MATIC incentives to Uniswap V3 LPs on the Matic chain via Arrakis Vaults, is a great example of how Arrakis can streamline liquidity aggregation and management for the next generation of DeFi products”.

The post Polygon: $15 million in incentives for Uniswap v3 appeared first on cryptodailynews24.com.