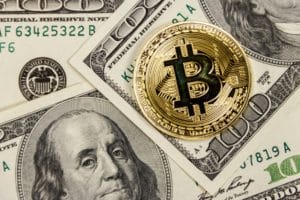 Lightning Labs has announced the launch of Taro, a new protocol that aims to “Bitcoinize the dollar”. Backers of the project with a $70m Series B funding round included investors including Valor, Brevan Howard, NYDIG and others.

A few hours ago, Lightning Labs, run by CEO and Co-Founder Elizabeth Stark and backed by entrepreneur Jack Dorsey, announced the launch of its new Taro protocol and the raising of $70 million in its Series B funding round on Twitter:

Today we're announcing Taro, a new protocol to issue assets on Bitcoin and Lightning, and our $70M Series B fundraise!

One small step for bringing bitcoin to billions.

One giant leap for powering the world's financial system with #bitcoin.

“Today we’re announcing Taro, a new protocol to issue assets on Bitcoin and Lightning, and our $70M Series B fundraise! One small step for bringing bitcoin to billions. One giant leap for powering the world’s financial system with bitcoin”.

Basically, with Taro they want to make it possible to send stablecoins using the Bitcoin network with the instant, high-volume, low-cost nature of Lightning.

Indeed, this technology could support all those emerging markets that will be able to access the internet’s native monetary network through a smartphone, rather than using a traditional bank account.

On a technical level, here is how Stark herself describes the protocol:

“Taro is an open protocol made possible by taproot, a recent upgrade to bitcoin that enables greater contracting capabilities, along with privacy and efficiency benefits. All transactions will be powered by the security and global interoperability of the bitcoin network, which has the most value, users, and security of any cryptocurrency”.

Taro, the new protocol for issuing assets on Bitcoin and Lightning

What it means to “Bitcoinize the dollar”

Continuing with her description, Stark defines Taro as a way to Bitcoinize the dollar.

Basically, thanks to the new open source protocol, developers can issue assets on Bitcoin’s Blockchain and immediately move them to Lightning Network to have fast and scalable transactions, using BTC’s liquidity to ensure interoperability between assets.

Not only that, with this mechanism, Taro intends to help onboard people to Bitcoin through fiat currencies, where they can more easily exchange assets, facilitating the fiat to BTC rail.

Furthermore, as Taro uses Bitcoin liquidity to route assets issued on the protocol, there will be a greater demand for Bitcoin on the Lightning Network. As a result, crypto will route dollars and all other fiat currencies.

Just yesterday, it was reported that Congressman Trey Hollingsworth of Indiana in the House and Senator Bill Hagerty of Tennessee in the Senate have introduced a bill to regulate stablecoins in the US.

This is the “Stablecoin Transparency Act”, which stipulates that stablecoins must be fully backed by a combination of US dollars and government bonds with a maturity of less than 12 months.

Not only that, the proposal would legally require stablecoin issuers to publish regularly audited reports showing their fiat currency reserves.

At the end of last month, a group of parliamentarians in the US introduced the Electronic Currency and Secure Hardware (ECASH) Act in the Senate.

This is a bill that would establish the Electronic Currency Innovation Program (ECIP) to oversee pilot programmes on the feasibility of launching a digital version of the US dollar.