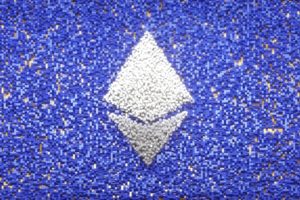 Ethereum is worth more than the Turkish Lira

Ethereum, the second most capitalized cryptocurrency, has surpassed both the Turkish Lira and the Norwegian Krone in value

Ethereum surpasses both the Turkish lira and the Norwegian krone

According to the latest data from CoinMarketCap, thanks to recent gains, Ethereum has jumped to 27th place in market value among all world currencies, overtaking currencies such as the Turkish lira and Norwegian krone.

The currency created by Vitalik Buterin in 2015 would be one step below the Polish zloty and ahead of the Chilean peso, Turkish lira, Norwegian krone and Egyptian pound.

In total there are 101 cryptocurrencies in the ranking, with Bitcoin ranking 14th below the Swiss Franc and just above the Thai Baht.

Interestingly, the Russian rouble has recovered from a war-related devaluation a fortnight ago and has slipped to 25th place, just above Ethereum. After only two weeks, it has risen ten places and is now threatening the value of Bitcoin itself.

This is interesting considering that, according to Glassnode’s data, when the conflict broke out at the end of February, many Russian citizens had exchanged their roubles for Bitcoin in order to defend themselves against the devaluation of the Russian currency.

After the recent rises, the capitalization of the crypto market has returned to the $2 trillion mark. Last November, when Bitcoin reached an all-time high of over $69,000, the market had exceeded $3 trillion but then slipped below $1500 billion after declines in December and January.

A recent report by Ark Invest predicted that Ether could reach or even surpass a market capitalization of $20 trillion within the next 10 years.

If this hypothesis is confirmed, it would mean that the value of ETH from the current $3500 would rise to around $170,000.

Also according to the report, Bitcoin’s capitalization should rise to around $28 trillion within a decade, which would mean that a single Bitcoin should be worth more than $1 million.

Despite the fact that excessive energy consumption is one of the main weaknesses, Ark Invest researchers believe that:

The post Ethereum is worth more than the Turkish Lira appeared first on cryptodailynews24.com.