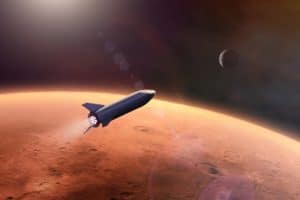 Yesterday, following the announcement of the purchase of 10% of Twitter by Elon Musk, the stock took off.

This jump was certainly due to the news about Elon Musk, but its pronounced size is probably also due to the fact that Twitter’s share price was particularly low until last week.

In recent days it had risen to $39, but did not seem to show any signs of bouncing back so strongly.

Yet the company’s latest quarterly figures were more than positive, perhaps even bullish.

Nonetheless, Twitter seemed to be in a crisis for some time now, so much so that its lowest peak in 2022 was on the same level as the price touched in February 2018. Though following the collapse in March 2020 due to the pandemic, it had recovered strongly, rising from $20 to $66 in twelve months, its performance had already begun to disappoint by mid-2021, especially when compared with that of other stocks.

The crisis after the departure of Jack Dorsey

The resignation of co-founder Jack Dorsey in November last year cast further clouds over the company’s future, even though significant progress was beginning to be seen on the economic and financial levels.

Elon Musk certainly bought at a good time, at a particularly low price and at a time when economic growth had already begun again. But the reasons for yesterday’s jump could be other.

In fact, since the past few days, Musk had made it clear that he was willing to change Twitter, and given his previous successes, these possible changes seemed to be potentially very interesting for investors.

In recent days, Musk had criticized the social media company several times for its latest policy changes, saying that he felt they did not guarantee sufficient freedom of speech. In fact, for many, the purchase of his shares was in some ways surprising, given that it was assumed that he was planning to create another social network of his own, as Donald Trump has already done with little success.

But Musk has already shown that he is serious about his plans, with a tweet asking his followers if they agree to the introduction of the long-awaited tweet edit button.

Do you want an edit button?

At this point, the hypothesis of a re-launch of Twitter thanks to the intervention of Elon Musk, who among other things has 80 million followers (Dorsey has only 6 million), is circulating insistently. For this reason, many analysts are becoming optimistic about the short to medium-term prospects for the stock.

It remains to be seen, however, what effect Musk will actually have on the company’s economic and financial performance.