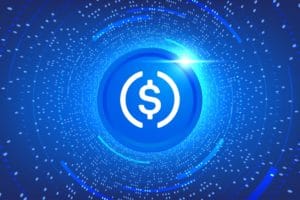 Congressman Trey Hollingsworth of Indiana in the House and Senator Bill Hagerty of Tennessee in the Senate, both from the Republican Party, introduced a new bill on Friday to regulate stablecoins in the US.

Proposed Bill Would Require Stablecoins to Be Backed by Dollars, Government Securities

Two legislators—Rep. Trey Hollingsworth (R-IN) in the House and Sen. Bill Hagerty (R-TN) in the upper chamber—have introduced a bill designed to make sure that's never an issue again. pic.twitter.com/bC5wUzn3TQ

US: stablecoin bill arrives in Congress

The ‘Transparency Stablecoin Act’ arrives at the US congress

After a number of requests in recent months to speed up the regulation of stablecoins in the United States, two Republican Party politicians have now submitted a bill to Congress to bring order to a sector that is growing by leaps and bounds, without yet having a precise and defined legislative framework.

The Stablecoin Transparency Act states that stablecoins must be fully backed by a combination of US dollars and “government securities with maturities less than 12 months”. It would also legally oblige issuers of stablecoins to publish regularly audited reports showing their fiat currency reserves.

“From whether coins are securities or commodities, to who is in charge of regulating them, those in the cryptocurrency marketplace are navigating significant ambiguity”,

said Senator Hagerty, explaining the need for the legislative body to get its hands on the matter.

The bill, according to the Tennessee senator, has already received many favourable comments from both regulators and crypto industry representatives. Hollingsworth also admitted that the bill may not be a final solution, but it could strike the right balance between development, technology and consumer protection.

The basic idea of the proposal would be to ensure that for every dollar of stablecoin, the company issuing it would have $1 of fiat currency as a reserve. This would avoid any controversy surrounding the soundness of stablecoin-issuing companies, such as Tether, which in the past has faced rumours about its reserves of fiat currency.

In October, a Bloomberg article doubted whether Tether actually had sufficient liquidity to cover the amount of stablecoins in circulation, which are pegged to the value of a strong currency such as the dollar and the euro. The same thing had happened months earlier with an article in the Financial Times, to which the company replied, describing the news as baseless.

Senator Hagerty said that the Stablecoin Transparency Act would be about consumer protection, but at the same time would not put stablecoins in the hands of “unaccountable bureaucrats who threaten to choke off innovation”.

The post US: stablecoin bill presented appeared first on cryptodailynews24.com.