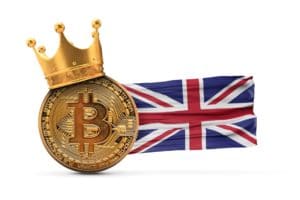 Gemini’s report on the crypto market

According to Gemini’s latest report, nearly one in five Britons owns crypto in their portfolio, a considerable increase of 15% on the previous year.

The report was done on a sample of about 2,000 people and 18% said they were cryptocurrency investors, of which about half said they had become so in the last year.

“2021 was transformational for UK cryptocurrency ownership. Confidence in and awareness of crypto has increased dramatically”.

About one in five Britons claim to own crypto, according to the latest Gemini report

Not just UK: data from the rest of the world

Gemini also carried out the same research referring to the rest of the world and found that almost half of cryptocurrency investors would have done so in the past year. The survey was of 30,000 people worldwide conducted between November 2021 and February 2022.

Brazil and Indonesia lead the world in the particular ranking on cryptocurrency adoption, Gemini found, with 41% of people surveyed saying they own cryptocurrencies, compared to 20% in the US and 18% in the UK.

Only 16% of respondents in the US and 15% in Europe believe cryptocurrencies protect against inflation, compared to 64% in Indonesia and India.

The post Gemini’s report on the crypto market appeared first on cryptodailynews24.com.