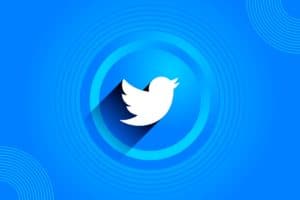 A personal mission, a settling of scores that has been going on for some time now and which often sees the CEO of Tesla criticizing the light-blue social network: this is how the deal made today must have appeared to Musk’s attentive Twitter followers.

In the pre-market, the histrionic entrepreneur, owner of various companies, including SpaceX, which collaborates with Nasa on the design of next-generation hypersonic missiles for logistics and attack, has in fact bought a package of shares worth 2.89 billion US dollars, equal to 10% of the social.

This transaction, which brought 73,486,938 shares into the portfolio of the visionary Elon, makes him the majority shareholder of the social messaging company, surpassing the Vanguard group at 8.79%, whereas Blackrock with 4.56% and Ssga Funds Management with 4.54% are not very far behind.

The CEO of the leading brand in the electric car industry, which has assets of $296 billion, had posted a series of polemical tweets in recent days criticizing the social network’s democratic behaviour.

Free speech is essential to a functioning democracy.

Do you believe Twitter rigorously adheres to this principle?

“Since Twitter is in fact a public square, failing to respect the principles of free speech fundamentally undermines democracy. What should be done? Is a new platform needed?”

This has sparked speculation among analysts that he might buy Twitter or found a new social network.

The first trillionaire in history

Talking about trillions is a recent topic, but not the figure itself or ways to reach this sum, the question is who will be the first trillionaire in history and among the most palpable we find Elon Musk along with Jeff Bezos, Arnaud, etc…

The reality is not quite the same: times have changed, but so have the goals. From the Moon, the goal has moved to Mars, and both Musk (with SpaceX) and Bezos (with Blue Origin) are competing for this goal, but in the meantime, with their investments and results, they are also indirectly competing for the title of the first trillionaire.

Twitter’s operation mortgages another 31 billion with an investment of only 3 billion, in the sense that the total value of the social network today is the same, but it is not certain that the 10% share can be increased and that the software in the hands of a visionary cannot increase its value.

In this regard, it is enough to think that the stock, following the operation of 2 April, gained 26% (a quarter) in the following session.

From the little information that has leaked out from his tweets and declarations of intent, Musk believes that the social network should have some essential macro characteristics.

A social system free from censorship, in which every user is free to express his or her thoughts in the name of education, of course, a modern social system projected into the metaverse and augmented reality, the most widely used social system for the next colony on Mars, and we imagine that any transactions will take place in Dogecoin: this is what Mr Tesla envisages.

How Twitter will turn out, no one knows yet, but the mere fact that Elon Musk took the lead in terms of investment in the last session made the share price rise to a record (for the current year) of 49.97 US dollars, gaining a further 27%.

Some analysts have already gone so far as to make bolder predictions, predicting for the current year that the stock will return to its all-time record high of USD 77 on 26 February 2021.