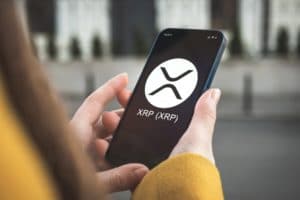 Ripple (XRP): $1 target still seems to be a long way off

Ripple (XRP), the ninth crypto by market cap, does not seem to have followed the general rally of the other major cryptocurrencies at the end of March, leading to the expectation that the $1 target is still far away.

Ripple (XRP): its trend at the end of March 2022 and his target price

At the time of writing, Ripple is worth $0.83, but its tentatively bullish trend at the end of March has been much lower than the rally of Bitcoin and Ethereum, with a high on 28 March touching $0.90.

Not only that, despite the restart in April, it seems that the $1 target for XRP, last touched in November 2021, still remains a distant mirage.

Investors are therefore less interested in XRP now than they were at the end of last year and compared to other cryptocurrencies.

XRP remains among the top 10 cryptocurrencies by market capitalization, though in ninth place, and still enjoys its $40 billion total market cap and 1.86% dominance of the total crypto market.

The never-ending Ripple-SEC lawsuit may also have been one of the causes of not much movement for XRP, compared to other major cryptocurrencies.

Nonetheless, there is an air of optimism at Ripple recently, albeit anything can still happen.

Basically, after Judge Annalisa Torres denied a motion by the SEC opposing Ripple’s defense, both Ripple’s general counsel Stuart Alderoty and its CEO Brad Garlinghouse have publicly released comments and posts that speak of victory.

This denial to the SEC means that Ripple could use it as a defence to win its case.

Ripple’s CEO also recently commented on the claims that “war and crypto” are associated, stating that “cryptocurrencies cannot evade sanctions in Russia”.

The CEO of Ripple explained that today, the crypto sector is in close contact with the banking system and the policies of KYC and AML.

In this regard, Garlinghouse also stated that RippleNet will not work with sanctioned banks or countries that are restricted counterparties.

The post Ripple (XRP): $1 target still seems to be a long way off appeared first on cryptodailynews24.com.