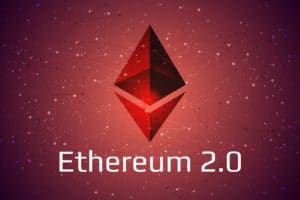 Former BitMEX CEO Arthur Hayes has hinted that he may soon shift his investments away from Bitcoin in favour of Ethereum, claiming that “a huge wall of money” will soon enter ETH

In his latest book, former BitMEX CEO Arthur Hayes claimed to have an equal amount of Bitcoin and Ethereum in his portfolio. But again in his new essay “Five Ducking Digits” he makes it clear that it is now time to change the proportions and move 75% of his capital into Ethereum, leaving the remaining 25% in Bitcoin.

Despite this, Hayes says that in the event of a recession in the US, Ethereum, which he considers not to be a real currency but “a commodity that powers the world’s largest decentralized computer”, could fall by as much as 50% in value.

At the same time, according to the co-founder and former CEO of BitMEX, ETH will appreciate a lot because it will be seen as a commodity-linked bond. This is especially in light of the great results in terms of energy savings that will come from the full implementation of Ethereum 2.0′s capabilities with “The Merge”.

The upgrade scheduled for spring 2022 is expected to reduce energy consumption by 99%. This should result in the coin gaining around 11% annually.

Hayes’ bullish stance on Ethereum also stems from the fact that it has the largest number of developers compared to other L1 protocols, while the price/developer ratio is still the lowest going forward.

Hayes in fact states that:

Some figures according to the former CEO of BitMEX

According to the former CEO of BitMEX, when it comes to the specifics, ETH is fundamentally cheaper than both Solana’s native SOL token and Polkadot’s DOT token, and it is much cheaper than Cardano’s ADA token, which Hayes says is trading “purely with hopium”.

Furthermore, looking at the price/TVL and price/address ratios, Hayes concluded that Ethereum is the cheapest, with tangible performance that positions it as an excellent investment compared to other smart contract platforms.

Having said that, Hayes goes so far as to predict that Ethereum’s share price could reach $10,000 by the end of 2022, saying:

“By the time the dust settles at the end of the year, I believe ETH will be trading north of US$10,000.”

But there is one piece of data from the past 15 days of March that may support this thesis of Hayes. Analyzing on-chain movements of ETH, shows a withdrawal of about 1.2 million Ethereum from exchanges, which experts say would be a clear bullish signal. Ethereum holders may be withdrawing their coins in order to accumulate them, ahead of a possible next upswing.

On a single day in March, 180 Ethereum worth more than $490 million were withdrawn. The last major withdrawal from the exchanges was followed by a rise of over 15% of the currency.

But there are those such as Coinpedia analysts who seem even more optimistic than Hayes about Ethereum. According to the experts on the crypto world news platform, the price could even exceed $12,000 if the expected upgrades were to confirm their potential in the field.