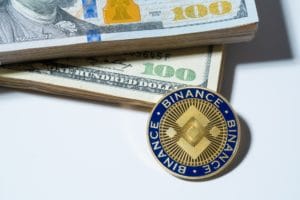 Binance wins case in US court

A US federal judge has dismissed a lawsuit accusing the Binance exchange of violating US securities laws by selling unregistered tokens.

Binance’s lawsuit in the US

A US federal court on Thursday dismissed a lawsuit seeking to indict Binance for violating US securities laws by selling unregistered tokens and failing to register as an exchange or broker-dealer.

The lawsuit was filed by some New York users who had lost a large part of their investments on some cryptocurrencies purchased on the world’s first exchange.

In a 327-page-long complaint, as reported by the Reuters news agency, the investors claim that Binance “wrongly engaged in millions of transactions” and failed to warn them of the “significant risks” involved in buying the tokens.

According to Judge Andrew Carter, the petition was filed out of time, with more than a year having passed since the plaintiffs’ cryptocurrency purchases.

Moreover, according to Federal Judge Carter, the exchange is not a national exchange. As a result, national securities laws do not apply. Indeed, it is stated that:

“Plaintiffs must allege more than stating that plaintiffs bought tokens while located in the U.S. and that title passed in whole or in part over servers located in California that host Binance’s website.”

The company founded in 2017 by Changpeng Zhao is based in the Cayman Islands and recently established the headquarters of three of its companies in Ireland, in Dublin.

Changpeng Zhao, during an interview in October, said:

“Historically, we claim not to have a headquarters. In fact, we are only in the process of establishing a few headquarters in different parts of the world.”

The lawsuit by some users is not the only legal trouble for Binance, which had to undergo an investigation last May by the Department of Justice and the Internal Revenue Service on suspicion of money laundering and various tax offences.

In September, the SEC investigated Binance for market manipulation. The UK also banned the exchange’s activities on its territory last year, again for alleged violations of money-laundering rules and potential fraud, and for the fact that it is difficult to establish the exchange’s registered office.

But regulators in Italy, Germany, Japan, Thailand, Hong Kong and Malaysia have also put the exchange’s activities on their territory under scrutiny in recent months.

At the beginning of the year, the CEO said that the company wanted to actively collaborate with international regulators in order to establish clear and homogeneous rules that could meet the requests made and to be able to operate with maximum legality and transparency.

Who knows, this first victory in court may represent a watershed not only for Binance, but for the entire world of cryptocurrency, which for months has had to deal with investigations and enquiries around the world for alleged violations of financial rules.

The post Binance wins case in US court appeared first on cryptodailynews24.com.