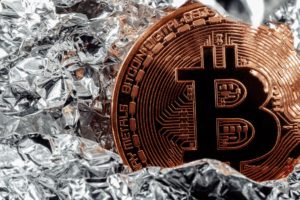 Where are we on the path towards the next Bitcoin halving?

In reality we are almost exactly halfway between the third and fourth halving.

The next halving is expected between March and April 2024, or at the latest in early May of the same year. In all, about 1,400 days should pass between the third and fourth halving, so we are currently exactly halfway through.

Halvings happen exactly every 210,000 new blocks added to the Bitcoin blockchain, and since one is added every 10 minutes or so on average it takes just over 1,400 days to create and validate 210,000 blocks.

The rewards for Bitcoin miners are halved

Bitcoin halvings are a highly anticipated event for the Bitcoin community for two reasons.

The first is that they are the only act of monetary policy in the Bitcoin protocol. With this they are in effect a milestone in Bitcoin’s path towards deflation, which should come when no more BTC are created but continue to be lost due to the loss of the private keys of the addresses they are stored on.

Halving is the reduction by half of the number of BTC created out of thin air at each block and given as a reward to the miner who manages to confirm it. All existing BTC, or about 19 million, have been created this way, and there is no other way to create them. When, as a result of halving this reward, there are zero new BTC created per block the deflationary phase of Bitcoin will begin, although it may have already begun earlier when the number of BTC created becomes very low.

The second is that usually after a halving the price of Bitcoin goes up.

To be fair though, the biggest one was in 2013, with an incredible speculative bubble that took the price from $13 to over $1,100 in a single year, while the following ones were smaller.

This leads one to believe that the great speculative bubbles in the price of Bitcoin are coming to an end, although the effect of the halving on the price continues to be evident. It is enough to think that just after the last halving, the price of BTC only returned to around $10,000, after having been at $20,000 two and a half years earlier, and it took several more months before it climbed back up to $20,000 and then took off well above $60,000.

At this point in time, it is impossible to know either what the price of Bitcoin will be during the next halving, or what it will be at the end of 2024 or 2025. Indeed, it is impossible to even know if it will ever return to $69,000 or more. What is certain, however, is that around April 2024 there should be the next halving which will reduce the creation of new BTC by half.

The post Where are we on the path towards the next Bitcoin halving? appeared first on cryptodailynews24.com.