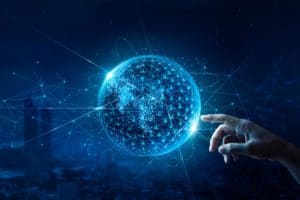 Revolut expands its global offering with 7 new corridors in Latam, EMEA and APAC

From now on, Revolut’s customers will be able to transfer money to Colombia, Nepal, Peru, Bolivia, Guatemala, Egypt and Costa Rica in the local currency.

In the last six months alone, the fintech has integrated more than 10 new currencies. Thanks to Revolut’s technological advances, the speed of transfers has been significantly improved on some of the major corridors such as India, Mexico and the Philippines, where transfers are now received within minutes

Users can find out about speed and fees before making the transaction, monitor their transfers in real-time and enjoy fees that are among the lowest in the industry.

Revolut, one of the largest fintech companies in the world, expands its global offering

What the official press release explains

A leader in foreign exchange and borderless payments since its launch in 2015, Revolut has consistently improved the way travellers, entrepreneurs and expats send money to communities at home, as well as service providers and business partners abroad. Now, all Revolut customers can make international transfers to bank accounts in over 160 countries and 40 currencies, including some of the world’s major remittance corridors such as India, China, Mexico, the Philippines and Egypt.

Costs and times are among the lowest in the industry. While the average cost for international transfers has gradually decreased over the years, it is still too high to reach Sustainable Development Goal 10: according to the World Bank, the average fee for transferring $200 to another country in 2020 was 6.5% of the amount sent.

How the service works

Revolut charges no fees for international Euro transfers within the SEPA area for European customers and offers up to three free transfers per month outside the SEPA area for Premium and Metal customers with fees starting at €0.30 for subsequent transfers. Speed has also improved, with transfers taking minutes across Europe and in crucial corridors such as Mexico, India, the Philippines, Vietnam, Brazil and South Korea.

Customers can easily navigate through the app and quickly find the money transfer function. For a faster and more streamlined user experience, the global financial super app has carefully crafted its remittance product to give users full visibility of transfer status and fees.

Revolut customers can create an account in minutes and make transfers immediately. Using the bank transfer tracker, they can conveniently check the status of their transfers directly within the app.

The post Revolut expands its global offering with 7 new corridors in Latam, EMEA and APAC appeared first on cryptodailynews24.com.