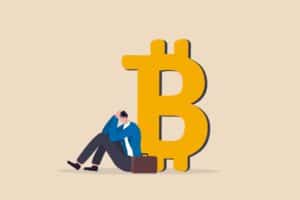 Bitcoin amidst war and inflation: a period of great uncertainty

Bitcoin, the most popular cryptocurrency, is going through a period of uncertainty in the market.

Bitcoin amidst war and uncertainty

After the outbreak of the conflict in Ukraine followed by a period of high inflation, mainly due to rising commodity prices, gas and oil in the lead.

After an initial period of adjustment due to Russia’s invasion of Ukraine, the price of the cryptocurrency first consolidated at around $42,000, then broke through resistance at $45,000 and approached $50,000, which many believe is within reach in the short term.

What seems more and more evident is that recently Bitcoin has increased its correlation with the US stock indices and especially with the Nasdaq technology index.

However, there is still the wide-ranging debate that has been going on for some time between those who consider Bitcoin to be the new digital gold and therefore a valid anti-inflationary instrument and protection against moments of market turbulence and those who instead see cryptocurrencies as a speculative instrument on a par with shares, if not in some cases even more volatile.

The particular period of turbulence we are currently experiencing, which is clearly having a strong impact on world markets and the economy, seems to prove those who think that Bitcoin is a useful tool for hedging against the risks of high inflation and market crises right. The prices of the largest cryptocurrency have been rising for the past month (by around 7%) and there is every indication that the rise will continue.

Correlation between crypto and conflict

Russia is considering cryptocurrencies both as a means of stemming the burden of sanctions, including paying for gas supplies in Bitcoin, and as a means of overcoming the power of the dollar in the global financial arena.

Evgeny Grabchak, Russia’s deputy energy minister, has in recent days proposed legalizing cryptocurrency mining in the country as soon as possible, so as to make Russia an important global hub for crypto.

Ukraine, for its part, has decided to legalize the use and possession of cryptocurrencies in the country, following the incredible success of its decision to accept aid in cryptocurrencies (the $100 million mark was exceeded in just a few days).

All these facts could suggest that the adoption of cryptocurrencies is set to grow, especially in light of an ever-changing world that will probably never be the same again.

For those who believe in financial gurus and billionaires dispensing advice on how to invest in the medium and long term, it may be useful to look at what Robert Kiyosaki said, author of one of the most successful financial best sellers in history: “Rich Father Poor Father”.

A few weeks ago, he announced that he had invested in oil, gold, silver and especially Bitcoin precisely to cope with this hyperinflationary situation, which he believes is set to last.

The post Bitcoin amidst war and inflation: a period of great uncertainty appeared first on cryptodailynews24.com.