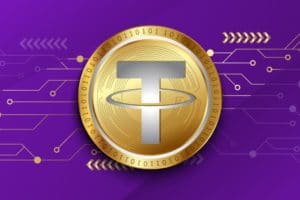 As a result of surpassing this important threshold, Tether Gold can now also be used as collateral to obtain loans.

The market capitalization of Tether Gold (XAUT) recently rose to $507 million from $430 million previously. This is an increase of almost 18% in one month.

Tether Gold had already seen two significant increases in its market capitalization during 2022, the first in early January and the second in early February. It is now at its all-time highs.

2021 closed with a market capitalization of just over $300 million, while it is now around $500 million.

Gold is considered a safe investment, particularly when financial markets are under pressure, as its supply is largely fixed and its price is not affected by monetary inflation. In fact, the price of gold has increased by 5.2% this year, from US$1,827 per troy ounce to US$1,922.

Bitfinex Borrow: one of the first to add it as collateral

In addition, Bitfinex Borrow, the P2P digital token lending portal, today announced the addition of Tether Gold as collateral. Thanks to this, customers of the Bitfinex crypto exchange will be able to borrow up to 20% of the value of their XAUT in USD, BTC and USDTt.

“In these current times of geopolitical tension, gold has appreciated. Adding Tether Gold as a collateral asset on Bitfinex Borrow gives our customers even more flexibility to borrow BTC, USDt and USD, to manage their portfolios in today’s markets”.

The fluctuations in the price of gold (XAU)

It is worth noting that as early as August 2020, the price of an ounce of gold had exceeded $2,000, before falling below $1,700 a year ago. Until the end of January 2022 it had continued to hover around $1,800, but with the escalation of the crisis in Ukraine it began to rise again.

As can be seen, the volatility of the price of gold is very limited, because from the lowest peak in 2021 to the highest peak in the first quarter of 2022, the fluctuation was less than 18%.

Moreover, should geopolitical tensions subside, it is to be expected that the price of gold could also return below $1,900.