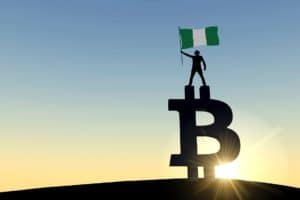 The countries where crypto is most considered a good investment are also those with the most government corruption.

What is the correlation between high crypto usage and government corruption?

A recent report by Finder.com reveals that there is a strong correlation between enthusiasm for cryptocurrency investments and the level of government corruption.

To compile this report, Finder surveyed 54,534 people in 27 countries. The result of this survey was that the 10 countries with citizens who are most positive about cryptocurrencies all have a corruption perception index score of less than 50 out of 100. They are also poor countries, with an average annual income of less than $10,000.

Finder’s research found that the countries whose inhabitants are most likely to say cryptocurrency is a good investment are Nigeria (87%), Venezuela (81%), Ghana (78%), Kenya (77%) and the Philippines (73%).

In the ranking of the most transparent countries, these countries are all at the bottom of the list, with Venezuela coming in at the bottom. The best-ranked is Ghana with 73rd place out of 180 countries surveyed.

The countries with the most bearish cryptocurrency citizens include Germany (17%), Sweden (18%), Norway (20%), Canada and Japan (24% each). These are all countries in the top half of the rankings, with Sweden and Norway in fourth place overall.

According to Finder’s head of retail research, Graham Cooke, as cryptocurrencies offer people a way to transact outside of government controls, those living in regions where trust in financial and regulatory systems is lower are more likely to consider cryptocurrencies a good investment.

“With low trust in the government, it’s likely people are looking for ways to build their own wealth while circumventing their government’s financial mandates on finance.

He then adds that the disadvantages of the decentralized nature of cryptocurrencies are high volatility and criminal activity.

He comments by saying:

“Regardless, it’s clear that crypto is gaining global popularity and with continued enthusiasm for blockchain technology, there’s no denying that crypto is part of the future of finance”.

It is worth noting that among the top 30 countries by CPI there are none from Africa, with Europe clearly ahead of all as a continent. In the bottom 30, on the other hand, African, Asian and South American countries are in the majority, with none from Europe or North America.

El Salvador, the Central American country where Bitcoin has been adopted as legal tender, is just below the middle of the pack at 115th place, not far behind Kenya at 128th.