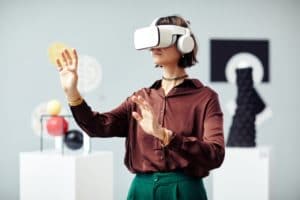 Gen Z: the report on lifestyle, shopping and financial habits

A report by Thunes on Gen Z (or Zoomers) consumers between the ages of 16 and 24, reveals the lifestyle, shopping and financial habits of the most digitally savvy and most populous generation on the globe.

Gen Z and the Thunes survey of 6,500 young people in 13 countries

Thunes, a global payments company operating in 126 countries worldwide, conducted a survey to study the behaviour of Gen Z, the 16-24 year olds, in their lifestyle, shopping and financial habits.

The survey involved 6,500 young people in 13 countries, both developed and emerging, and reveals how the generation that has never known life without the internet and smartphones, and is therefore digitally savvy, is driving a shift in practices that are only 10 years old.

Highlights include Gen Z’s involvement in social media as they go about their daily lives, but also when it comes to shopping, whereas in terms of payment methods, it seems that mobile wallets are increasingly gaining ground, to the detriment of cash.

Not only that, the report shows that Zoomers are a generation of shoppers. In all markets surveyed, shopping represents the largest share of their spending, ahead of entertainment, events and eating out.

According to the data, Gen Z is the generation that is more influenced by social media than any other. It is estimated that 8 out of 10 said they use social media on several occasions during the day.

Three quarters of “Zoomers” also check in several times a day in emerging markets, and two thirds say they have purchased products they discovered online for the first time.

What’s more, social media is also where Gen Z not only spends, but makes its money, with a growing range of content monetization options offered by TikTok, YouTube, Patreon, Clubhouse and Twitch.

When it comes to moey management and mobile wallets, Zoomers are more likely to avoid traditional financial instruments and favour innovative ones. In fact, 62% of Gen Z have no bank account at all, but mobile wallets are growing rapidly and in some emerging markets, almost 50% of Zoomers now use this type of service.

A generation more devoted to shopping than entertainment

Perhaps because of its ease of one-click online shopping, Gen Z is set to be the generation that spends 19% more money on shopping than going out, socializing and eating out.

In this regard, Peter De Caluwe, CEO of Thunes, said:

“To many, Gen Z is a misunderstood and overlooked generation. This is a generation to which “dial-up” and “desktop” are meaningless words and who don’t just think “mobile-first”, but live and breathe in apps, social media, digital platforms and soon – the metaverse. We should start to take this generation seriously as the revenues and strategic plans of many businesses – especially those that are relying on fast growth – are dependent on them.”

Not only that, De Caluwe points out that social media is not only a fundamental part of the Zoomer’s daily life, but that research has helped reveal that the measure of how this index is driving the spending activity of this generation.

If the payment methods of the generation with more than 2.5 billion people in the world prefers digital with mobile wallets, to cash and traditional bank accounts, perhaps in order to adapt, even states are proceeding with Central Bank Digital Currency or CBDC experiments.

Nothing to do with Bitcoin, Ethereum and the decentralized crypto world, but for some time now there has been talk of the digital pound, and recently also of the digital dollar.

This very week, in fact, a group of US Congressmen presented to the Senate the Electric Currency and Secure Hardware (ECASH) Act, which, together with the supervision of the Electronic Currency Innovation Program (ECIP), would proceed to assess the feasibility of a digital version of the US dollar.

Obviously, this is a process that will take its time before it can be said to be completed. Indeed, the new bill signed by Massachusetts Democratic Congressman Stephen F. Lynch, chairman of the Task Force on Financial Technology, would take only that step towards a first real field test of a first version of the digital dollar.

The post Gen Z: the report on lifestyle, shopping and financial habits appeared first on cryptodailynews24.com.