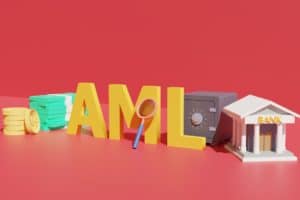 Anti-money laundering regulations have long since become the hottest and most problematic issue for those operating in the world of crypto and digital assets.

Crypto under the crosshairs of anti-money laundering regulations

In recent days, a statement by the Bank of Italy, which has been reported in major newspapers, has spread the news of the blocking of certain activities of N26: no opening of new accounts and no sale of new products or services to existing customers.

The measure is due to the fact that “significant deficiencies in compliance with anti-money laundering regulations” have been identified, mainly concerning activities related to cryptocurrencies. N26, for its part, has already taken steps to comply promptly.

In the meantime, Coinbase is trying to launch a mailbombing campaign against the European Parliament, in order to oppose the approval of an amendment to the proposed regulation on the Transfer of Funding, which is branded as libertarian.

In its communications, the platform warns users that in the latest version of the proposal submitted to the Parliament on the Transfer of Funding Regulation (as it turns out after a series of insertions and amendments), a deterrent and more restrictive treatment is foreseen for cryptocurrency transactions compared to the corresponding fiat currency transactions.

This is not exactly new, but in fact it has remained somewhat under the radar until now. According to the latest version of the proposed regulation, every crypto transaction (and not only those above the €1,000 threshold, as is the case with fiat currencies) would be subject to the so-called “Travel Rule”.

This “travel rule” is stipulated in Recommendation 15 of the FATF (Financial Action Task Force or FATF) which, in practice, implies that exchange platforms would have to transmit a series of information to the supervisory authorities of their home country.

In addition, any transaction in cryptocurrencies in excess of €1,000, if carried out by a self-hosted wallet, would have to be reported. It would also preclude the possibility of sending or receiving transactions from a self-hosted wallet if the platform does not collect, verify and report information about that wallet.

What we are witnessing is a progressive and unstoppable tightening of the anti-money laundering grip on the use of cryptocurrencies.

Now, they say that money is the devil’s dung but, even in light of the proposed changes to the European regulation, it seems that legislators and regulators are treating cryptocurrencies particularly badly.

First of all, there is no doubt that crypto transactions suffer a significant disparity in treatment, pejoratively, compared to fiat currency transactions.

It is difficult to understand why crypto transactions, even small ones, are subjected to an asphyxiating control regime, if not because of a preconceived distrust of cryptocurrencies.

This preconceived distrust is based on the assumption that cryptocurrencies are anonymous and that, thanks to their anonymity, they lend themselves to the circulation of money resulting from criminal and illicit activities.

We can discuss at length how correct it is to say that the circulation of cryptocurrencies is completely anonymous, given that the blockchain is public and all transactions are immutably engraved on it.

The point, however, is that such a restrictive regulation is inconsistent with several petitions of principle stated in the various ‘recitals’ of the draft regulation itself, and contradicts some principles of the Treaties that are closely related to the protection of the freedom of capital movements.

For example, in ‘recital’ 22 of the proposed regulation, the intention is stated to:

“Not to hamper the efficiency of payment systems and crypto-asset transfer services and to counterbalance the risk of inducing, in the face of small transfers of funds or crypto-assets, clandestine transactions as a consequence of overly strict identification provisions”.

This intention, however, is in fact followed by the imposition of strict identification procedures even for small amounts, if executed in cryptocurrencies, whenever one leaves the enclosure of a wallet managed by any of the platforms.

All this clearly translates into a limitation of the freedom of movement of capital and the freedom to dispose of one’s assets, which are protected under European law by Articles 63 et seq. of the Treaty on the Functioning of the European Union (TFEU) and Article 40 of the Agreement on the European Economic Area (EEA).

This limitation is not justified or reasonably counterbalanced by the need to combat hypothetically criminal activities. In fact, transactions of small amounts are hardly attributable to criminal phenomena.

But the fact is that the association between cryptocurrencies and criminal trafficking, when tested by the facts, turns out to be a false myth, suggestive and effective, certainly, but substantially lacking in real economic and factual foundations.

We spoke about this with Massimo Simbula, a lawyer, historical expert on cryptocurrencies and partner at Chainalysis, a company that deals with fraud prevention and analyses the cryptocurrency market and blockchain-based assets.

In a very recent report by Chainalysis, it is clear that:

“While the volume and size of cryptocurrency transactions has grown exponentially over the years, the use of crypto for illicit trafficking is not only declining in percentage terms, but is essentially a tiny fraction. In other words, 0.15% of the total volume of transactions in 2021. Scrolling through the data, then, the report shows that the absolute entity of the volume of transactions, just to give an example, destined to finance terrorism has remained more or less constant over time. Which, compared to the dizzying increases of the overall volumes, translates, today, into negligible amounts”.

The reading of the report cited by Simbula is illuminating.

The data of the Chainalysis report confirm the almost completely non-illicit nature compared to FIAT currencies, contrary to what we want to think

This, in fact, crumbles the pillar underlying the hammering narrative that justifies the expansion of the scope of anti-money laundering regulations, the proliferation of tracking and identification measures, in other words, the increasing number of guns pointed at cryptocurrency transactions.

Beyond what will be, due to the approval of future regulations such as those that derive from the MiCA or from the Transfer of Fund Regulation, in fact, already today and for some time now, the anti-money laundering regulations in Italy are a notch above the European regulatory reference framework, above all, with respect to the virtual currencies.

For example, at the legislative level, the definition of virtual currencies for AML purposes is broader than that contained in the European directives. The MEF decree, which aims to implement European rules on the registration and periodic reporting obligations of operators providing exchange and digital wallet services, expands the scope of operators and activities subject to these obligations far beyond the provisions of the European directives.

The benefits of cryptocurrencies on technology and financial innovation

Beyond the many problems of regulatory alignment (about which we have already written extensively in the previous columns), the issue is that there is no proportion between the actual threat and the measures adopted or invoked, and that this proportion risks generating a structural effect on an entire market sector which, contrary to what many perceive, and also in light of the stellar numbers it generates, does not end in a mere whirlwind of financial movements, but animates a wide range of productive activities.

These economic activities are mostly characterized by the use of valuable intellectual and technological skills, which are expressed in terms of research, software development, hardware, communication, and so on.

It is important, therefore, that all stakeholders work to help subvert the current narrative about cryptocurrencies and blockchain and to cool what is clearly a sense of threat perceived and fuelled by those with an interest in limiting and harnessing the sector’s overbearing growth.