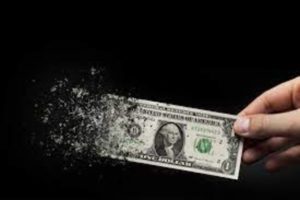 US ready for the digital dollar?

A bill was introduced in Congress on Monday that would have the substantive intent of replacing cash features in digital form. The ECASH Act would direct the US government to test the issuing of digital dollars, a topic that until now has remained at the level of debate, such as the one opened in January by the Fed.

In a paper published in January and entitled “Money and Payments: The US Dollar in the Age of Digital Transformation”, the US central bank had opened a debate on what might be the long-term effects of the US adopting a digital dollar.

The new bill signed by Massachusetts Democratic Congressman Stephen F. Lynch, chairman of the Task Force on Financial Technology, would take that step towards a first real field test of an early version of a digital dollar.

In essence, as Lynch himself has also explained, he would direct the US Treasury Department to conduct a pilot programme for a version of the digital dollar that would work just like cash.

This groundbreaking legislation would most likely, according to experts, help promote greater financial inclusion while increasing consumer security and data privacy, and would further US efforts to develop and regulate digital assets.

“As digital payment and currency technologies continue to expand rapidly, and with Russia, China and more than 90 countries around the world already researching and launching some form of central bank digital currency, it is absolutely critical that the United States remain a world leader in the development and regulation of digital currency and other digital resources”.

USA: We will start working on the digital dollar

The bill also follows the guidance given in the executive order issued by President Joe Biden in February, which directed, among other things, government institutions to analyze the full effects of the possible adoption of a digital dollar.

In essence, the United States does not want to be unprepared for what appears to be an imminent digital revolution. China and Russia have certainly gone first, precisely because they perhaps feel the need to shake off the traditional financial system’s excessive dependence on the US dollar as soon as possible.

“Our current financial system has too often served as a barrier for Black, brown, and low-income communities to build and sustain wealth. Ensuring economic justice means advancing innovative solutions that will promote financial inclusion and trustworthiness while protecting consumer safety and privacy. I am proud to co-sponsor the ECASH Act to ensure we have strong consumer protections and improve financial access and equity”.

The new bill would establish a two-phase pilot programme led by the US Treasury Department to develop and issue a digital version of the US dollar that provides security and privacy for consumers, as well as greater financial inclusion and fairness.

The post US ready for the digital dollar? appeared first on cryptodailynews24.com.