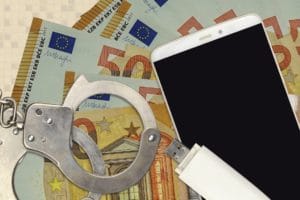 The story of Edwige, billionaire scammed in Paris

It all started with an Instagram feed from a fake model to a 33-year-old wealthy Parisian heiress named Edwige. The man, who said his name was Arturo Pastor and lived in Monte Carlo, contacted the rich young Parisian woman on the popular social network. This was reported by the newspaper Le Parisien, which discovered the attempted fraud by an organized gang, apparently led by an Italian woman.

The woman was immediately attracted by the man’s good manners and words, according to the French newspaper. The wealthy young Parisian woman, with a daughter and a fresh divorce behind her, is said to have been enchanted by the romantic dinners, the abundant sending of bouquets of red roses and the jet trips that the man (and the gang behind him) organized to win the woman’s trust.

Bitcoin was also involved in the story, of which the model claims to be a major investor in Dubai where he arranged the first meeting, which turned out to be Edwige’s first disappointment due to unspecified security reasons.

To make it up to her, he invites her to a romantic dinner in Paris and then for a weekend in a private jet to Saint Tropez. But when it comes to paying the onerous bills, the man realizes he has “forgotten” his credit card and so it is Edwige’s turn to pull out her wallet.

Back in Paris, the man begins to change his attitude until he asks the woman for 20,000 euros to invest in cryptocurrencies.

The moment of discovery

At this point, the woman sensed that something was wrong and instead of sending the money, she called the police, who managed to get the man to confess. He claims to have been recruited by a gang headed by a woman called Virginia B. with a false Italian passport.

Edwige realizes that she is the victim of a scam

It remains to be seen whether the gang has already scammed other people, which the investigators consider highly probable.

“We are waiting for the conclusions of the investigation and above all for the identification of the many protagonists who allowed such a set-up to take place. The aim was to rob the victim. And we doubt that it only happened to Edwige”.

The post The story of Edwige, billionaire scammed in Paris appeared first on cryptodailynews24.com.