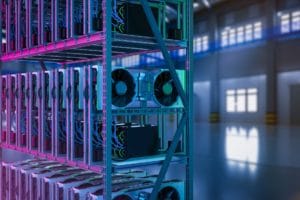 In Texas, crypto miners must now seek approval for the state’s electricity supply, due to a sharp rise in demand. Members of Ercot, the state’s main grid operator, voted to create a task force with the aim of protecting the grid from being overwhelmed.

Texas and the approval to supply power to crypto miners

According to reports, cryptocurrency miners in Texas must now apply for permission to connect to the state’s power grid, in anticipation of a surge in demand that is expected to increase demand for electricity.

The Electric Reliability Council of Texas Inc. (or Ercot) has already stepped in with a notice requiring public services to submit studies on the impact of crypto miners and other large users tapping into the grid without asking permission.

Basically, cryptocurrency miners are looking to add several gigawatts of electricity demand both this year and next, which poses a challenge for grid operators who typically get a heads up several years in advance from traditional industries, which help them better plan for added consumption.

Precisely because of this, Ercot members are voting to create a task force dedicated to protecting the grid, now setting out an interim plan.

With the new request for approval to supply electricity to the state, crypto miners in Texas now find themselves worried about the situation.

Such as the case of Bitcoin miner Cormint who reportedly received a notice from Ercot stating that its project was outside of Fort Stockton and therefore, the power supply would have to be reduced by 25 megawatts.

Or, the Texas-New Mexico Power Co. that already had approval for 130 megawatts from its utility, but now has to undergo Ercot’s review to increase capacity, back up and running in a few months.

“We are entering into a dialogue with Ercot now to ensure that this does not cause any delays for the Bitcoin miners”.

“I hope we have enough time to get clarity so it doesn’t derail the investment. If it takes three months, it will kill our project”.

Yet, despite current concerns over the supply of electricity in Texas, the country remains what was described last month as a prime candidate to become the world’s Bitcoin mining hub.

This because, after China’s ban on mining, many companies have found safe haven in Texas, governed by crypto-friendly Greg Abbott.

Already at that time, however, Governor Abbott reportedly asked for help in stabilizing the power grid so that no serious problems with the activity would occur.