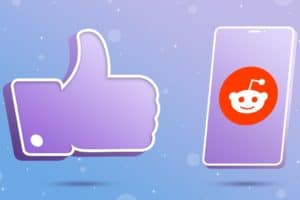 Reddit has announced it is bringing back r/place: the art experiment that will create a collective digital artwork. As with 2017, r/place will begin on April Fool’s Day (the 1st of April) until the 4th of April.

Reddit and the return of r/place: the collective digital artwork

Reddit has announced that it will launch r/place 2022 on April Fool’s Day, after great demand from the community and creators in particular, in reference to the 2017 art experiment, which has never been reproduced again.

With r/place, Reddit’s goal is to showcase the magic of online community, conversation and collaboration.

The art experiment launched for the first and only time in 2017, had welcomed more than 1 million users who had placed some 16 million tiles on a blank communal digital canvas, creating a collective digital work.

The collective digital work of 2017

Since then, as also highlighted in the tweet, the community seems to have asked for more experiments like r/place and for this April Fools’ Day 2022, the social network has responded.

How does the art experiment work

After 5 years, the new r/place proposal for April Fools’ Day 2022 is offered on an improved platform, with international expansion and a user base of over 50 million daily active users and over 100,000 communities.

To participate, users can enter the dedicated section by clicking the letter “P” on the homepage or in the app. Upon entering r/place, they will find the 1000×1000 shared canvas on which they can place their tile or a pixel of their choice of colour. Those disconnected from r/place will be able to see the work unfold in real time.

The artistic experiment will start on April Fools’ Day (1 April) and end on 4 April at 9:00 pm PT.

Speaking about this, Alex Le, EVP Strategy and Special Projects at Reddit said:

“We learned from the original experiment that people online are naturally collaborative, that redditors are more creative than we are, and that Reddit is a place where great things blossom. April Fools’ Day on Reddit has a history of inspiring how we build new features on the platform. From Robin inspiring our real-time chat product to Circle of Trust inspiring real-time comment and upvote counts, April Fools’ Day provides Reddit a period to test infrastructure at a grand scale and try things that are new and off the wall. We look forward to seeing what collaboration happens on r/place this year and learning how we can better our platform”.

In early 2022, Reddit had told its users that it would be launching its first approach to the world of Non-Fungible Tokens, offering the ability for users to insert an NFT as a profile picture.

However, the feature was still in the testing phase, and there seems to be no confirmation published so far.

Twitter, on the other hand, seems to have been successful in experimenting with NFTs as profile pictures after its announcement, although Elon Musk criticized it as an “annoying service”.

Recently, the CEO of Meta (formerly Facebook), Mark Zuckerberg, also announced that NFTs on Instagram will be available very soon.