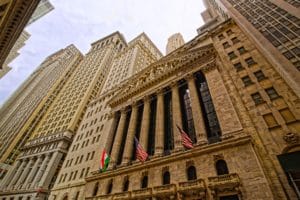 The company Meta Platform, listed on the Nasdaq 100 index, lost 40% of its market value.

Meta loses 40% of its value and the Nasdaq suffers

Meta, the American social networking giant, has lost 40% of its value since the beginning of the year, resulting in a massive downturn.

The social network par excellence, the one that in the collective imagination has brought us closer together, set us against each other, made us evolve and made us feel part of something, is beginning to show some signs of wear and tear and this despite the huge investments made for its progression and renewal, which do not seem to be enough.

The stock, which is part of the Nasdaq 100, an index of the top 100 tech stocks in terms of value and volume, has lost 25% in a short space of time since the start of the year, and now a further 15%, taking it to a record loss.

But every cloud has a silver lining.

The stock, which currently stands at $229.86 and has a capitalization of $630 billion, is at such a low level that it could be of interest to almost all investors.

Today, Meta Platform seems to be the famous golden goose that is about to bring joy to everyone due to some measures that leave no doubt about the future.

Growing turnover and investments that are among the largest in terms of capital on Wall Street point to rosy expectations for growth in the value of its shares.

The loss, however, is due to the combined effect of the geopolitical crisis in Russia and the colossus’s criticism of the service’s renewal, which is taking some time to complete, as well as a drop in the number of young people using the social network at the expense of others such as TikTok and Instagram, with a consequent drop in marketing appeal.

The reasons for the disaster

It is worth noting how the now ex-Facebook lost a quarter of its value, around $200 billion, overnight. A multi-faceted collapse that caused a rude awakening, with 25% of the value of its shares lost in a single night. It was an abnormal collapse that risked becoming the biggest in the market’s history, given the $200 billion that had gone up in smoke.

However, the bottom had not yet been touched and we are still 40% down on last year with turnover nevertheless up 10%, apparently inexplicably.

The reasons for this further collapse are many: first of all, the platform (but also Instagram to be honest) was crashed by Russia.

On Russian soil, Facebook, Instagram and other media were banned from the network and prevented from being used by the population because they were spreading unpleasant news, according to the regime, which did not wait for its counteraction.

But this is not the only cause.

Over the years, Facebook has been sued because of its use of facial recognition software to identify people.

According to Meta, the function was intended to bring people together and help them interact. In short, it was a positive intention, but one that did not often go hand in hand with the (non-homogeneous but worldwide) regulations on privacy.

These lawsuits have resulted in billions of dollars of damage to Facebook, which has been forced to pay large sums of money in compensation.

In addition to this long-standing problem, Facebook suffers from an outdated platform that has been overtaken by other platforms like TikTok.

This slowness and loss of appeal has led many young people to use other platforms to the detriment of marketing, which has declined as a result.

Meta is not standing idly by.

Those who buy Zuckerberg’s stock, even though they are taking a gamble as things stand today, may very soon be thankful that they did.

The reason lies not so much in the increase in turnover or capitalization as in the investments made by the company in the direction of the metaverse.

Meta Platform invests in social transformation within the metaverse

It is precisely this “new world” of social networking that has been the driving force behind the modernization of the brand and the platform in general.

In fact, Facebook seems to be in pole position with regard to offering consumers a mature metaverse made up of virtual reality, marketing, socialization, entertainment, gaming and augmented reality.

In short, these are all things that have so far only been dreamt of or not very widespread, but which are growing and will be the future or the death of social networking as we know it today.

The post Nasdaq, Meta loses 40% on the stock market appeared first on cryptodailynews24.com.