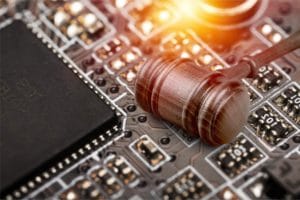 Banca d’Italia is preventing N26 from opening new accounts in Italy and providing new products (including crypto) to existing customers. N26 has embarked on a path to resolve these shortcomings and unblock the situation.

Yesterday, Banca d’Italia imposed a ban on the Italian branch of N26 Bank from opening new accounts and operating unverified accounts due to deficiencies in the company’s anti-money laundering.

The official communiqué states that on 28 March 2022, the German mobile bank was banned from engaging in transactions with new customers (by opening new continuous accounts or carrying out any transaction, even occasional, with customers not already registered on the same date), as well as from offering new products and services to existing customers (e.g. crypto assets).

Thus, the communiqué explicitly mentions cryptocurrencies as one of the new products that must no longer be offered to customers.

Banca d’Italia states that it has taken this measure following inspections conducted between October and 17 December 2021, from which significant deficiencies in compliance with anti-money laundering regulations were found.

The problem therefore concerns the verification of the identity of customers and the traceability of their transactions.

The response of the German bank

Banca d’Italia, however, adds that N26 Bank has already taken some steps to remedy the deficiencies found, and in fact reserves the right to verify in the future the full overcoming of the anomalies found, possibly to review this measure.

The problem therefore seems to be on the way to being resolved, so much so that the suspension may only be temporary. However, the German bank will have to demonstrate that it has taken all the required steps to be able to return to business in Italy.

The past with AML compliance

N26 has had similar problems in the past. Last year it ended up in the crosshairs of the German Federal Financial Supervisory Authority (BaFin), which fined it €4.25m for failing to report suspicious activity in time. The area of concern is still anti-money laundering laws (AML).

BaFin had put N26 in its sights as early as 2019, when it twice ordered the company to strengthen its prevention for the risk of money laundering. Later it even set up a special supervisor to monitor it.

Similar warnings also came in May 2021, asking it to correct deficiencies related to both IT monitoring and customer verification.

It is possible that N26 will be able to resolve these issues, but the continued setbacks could make the user experience worse than ever.