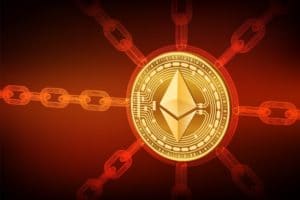 Ethereum surpasses Bank of America, how far it can go

The second most capitalized cryptocurrency, Ethereum, surpasses Bank of America.

Ethereum’s capitalization up against Bank of America

After a brief uninspiring period that saw it settle at $2700, Ethereum is back at $3000 with a week gaining 10%. Trading has increased and so has its capitalization.

On 24 March, Ethereum reached a capitalization of $366.13 billion, surpassing the giants of the financial world.

The virtual currency’s massive leap in capitalization has allowed it to overtake BoA (Bank of America) at $347.51 billion and Mastercard at $337.12 billion.

However, this does not apply to one of the Big Four banks, JP Morgan. The American giant has a capitalization of $420 billion and is the only bank that can stand up to the crypto ride.

Better performing than ETH is certainly the crypto par excellence, Bitcoin, which leads the special ranking at more than $800 billion.

The question on everyone’s mind is: will ETH ever overtake BTC in terms of capitalization or even value?

These are some of the main questions that analysts have been asking for years in light of the objective performance in terms of usage, value and performance of the two crypto giants.

One article points out that some analysts are predicting a very bright future for ETH. There is talk of very high figures, in particular $50,000 in market value by 2030 or even $100,000 according to the CEO of Coinmama.

Analysts are expecting a strong sustained upside in ETH for 2030

These staggering figures were given only a few months ago, but what has changed in the meantime?

In the meantime, the world has been shaken by the fear of a third world war, a drastic shortage of raw materials and the energy crisis.

These factors, despite the pandemic becoming endemic, had deep roots over the years and were already manifesting themselves before exploding in early 2022.

The icing on the cake of the world’s problems came on 24 February when Putin invaded Ukraine, triggering a major war in the heart of Europe that risks turning into a global and nuclear war.

Ethereum is still the best alternative to BTC, especially in terms of investment and this will be one of the drivers of the value of this crypto during 2022. A year that sees the coin with renewed hopes heading towards $5,500.

Analysts are renewing their bullish forecasts for the crypto this year, which is expected to be between $5,000 and $8,000 by the end of the year.

The post Ethereum surpasses Bank of America, how far it can go appeared first on cryptodailynews24.com.