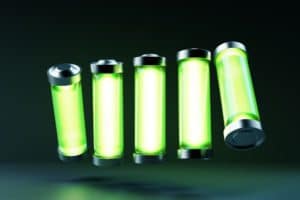 Today, US President Joe Biden may include certain materials for battery production in the DPA, a law in force since the Cold War.

Bloomberg reported last night that US President Joe Biden would be ready to “invoke Cold War powers” to encourage domestic production of critical minerals for electric vehicles and other types of batteries.

BREAKING: Biden is poised to invoke as soon as this week Cold War powers to encourage domestic production of critical minerals for electric-vehicle and other types of batteries https://t.co/tUh7IPZB6s pic.twitter.com/7mjqI3roo9

According to Bloomberg, Biden could already add some critical materials for battery production to the list of items covered by the Defence Production Act (DPA) of 1950, the law Harry Truman used to produce steel for the war in Korea. Even the previous president, Donald Trump, used it to stimulate the production of masks during the pandemic.

However, the sources quoted by Bloomberg are anonymous.

What is the specific purpose of DPA?

Bloomberg’s definition of invoking Cold War powers could be confusing in the current context, since these are neither special powers nor military or conflict-related powers in Ukraine. It is only a question of using an ordinary law, in force since 1950, created to deal with the beginning of the Cold War after the Second World War.

The hypothesis is that lithium, nickel, graphite, cobalt and manganese could be added to the list of items covered by the Defence Production Act, and this would help mining companies access the $750 million in DPA Title III funds. It could also help the recycling of waste from the disposal of used batteries.

This measure could have a significant impact on the US electric battery market.

It seems that the promoters of this initiative are also planning measures to ensure that these decisions do not avoid environmental reviews or permit regulations, as the downside could be increased pollution. In fact, several departments seem to be involved, including the Energy and Interior departments.

Renewable energy sources are not enough to meet energy needs

The President’s decision follows an explicit request from a bipartisan group of senators, including Democrat Joe Manchin of West Virginia and Republicans Lisa Murkowski of Alaska, James Risch of Idaho and Bill Cassidy of Louisiana.

It is worth bearing in mind that the US currently relies heavily on imports for key materials to produce electric vehicles and clean energy, and since this creates de facto dependence on foreign states such as China, it would make sense to take advantage of the DPA.

It is also worth noting that the Biden administration has already allocated many billions of dollars to develop battery production in the US and reduce dependence on China. Today’s decision would serve to move up the production chain and also encourage the mining and processing of the minerals needed for such production.

Elon Musk’s Tesla is obviously one of the companies that could benefit.

However, electric batteries are not only needed for electric vehicles, but also for optimizing electricity distribution. Many renewable energy sources, such as solar or wind power, not only do not produce energy consistently, but production is also neither programmable nor manageable. Efficient electric batteries would allow energy to be stored when it is produced, and then distributed freely when it is needed.

It is possible, therefore, that Biden’s intention is to greatly encourage the development in the US of technologies related to electricity innovations.